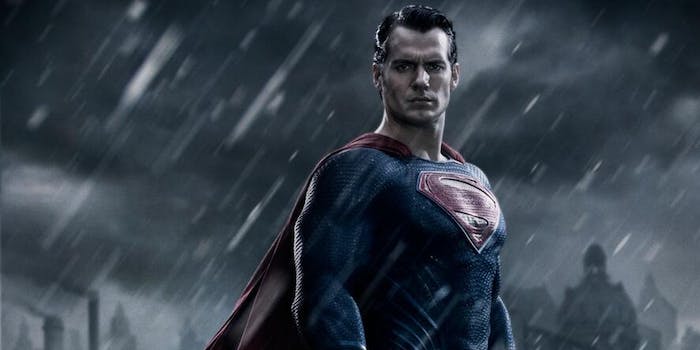 Why so serious? Warner Bros. may have a ‘no jokes’ policy for superhero movies

That would explain a lot.

According to a report from Hitfix, DC/Warner Bros. may have introduced an official “no jokes” policy for its Justice League franchise.

“Last week was about the fifth time I’ve heard that there is a mandate at Warner Bros. regarding any of the DC superhero films in development,” wrote Drew McWeeny over at Hitfix. “It’s very simple and direct and to the point. ‘No jokes.’”

After the success of Man of Steel (dark and gritty) and Dark Knight trilogy (darker and grittier), this doesn’t sound wholly implausible. And as McWeeny points out, Warner Bros. may have been put off by the poorly-received Green Lantern movie, which was full of jokes that nobody laughed at.

The idea of a no-jokes mandate plays into stereotypes about the DC/Marvel rivalry, both good and bad. Christopher Nolan’s Batman movies were as gritty and realistic as they come, and managed to impress critics and audiences alike. On the other hand, Marvel Studios just made a boatload of money with Guardians of the Galaxy, their most lighthearted and comedic movie yet. Even the Captain America movies—surely the saddest and most downbeat in the Avengers franchise—have a sense of humor.

It seems decidedly odd to remove humor from the equation when making a blockbuster superhero movie. However, it does fit with the tone of Man of Steel and the promo materials for Batman v Superman: Dawn of Justice. So far Batman v Superman has given us the Sad Batman meme, a photo of Superman looking serious in the dark, a photo of Wonder Woman looking angry in the dark, a short clip of Batman and Superman glowering at each other in the rain, and a brief San Diego Comic-Con appearance where Ben Affleck loitered onstage for a couple of minutes while looking like a disgruntled nightclub bouncer.

DC/Warner Bros. is right to be concerned about overlap with Marvel Studios and other superhero franchises. However, the concept of a no-jokes rule clashes with something that comics fans regularly criticize about Man of Steel and the Dark Knight movies: the underlying feeling that these movies are somehow embarrassed by their comic book origins.

There’s nothing intrinsically wrong with aiming for a more serious tone with the Justice League franchise, particularly if Warner Bros. wants to set itself apart from Marvel. But they should be wary of assuming that misery and violence automatically equates to smarter or more mature storytelling. For example, the Iron Man trilogy can be loosely categorized as action-comedy, but it still deals with issues like PTSD and terrorism, while Sony’s Spider-Man movies have always tried to balance angst with a sense of humor.

So, is the idea of a joke-free universe really a good marketing strategy, or would DC/Warner Bros. end up shooting themselves in the foot with this kind of rule? After all, the next couple of DC movies will introduce Aquaman (who can talk to fish) and almost certainly The Flash. Not every character can be as unrelentingly serious as Batman.