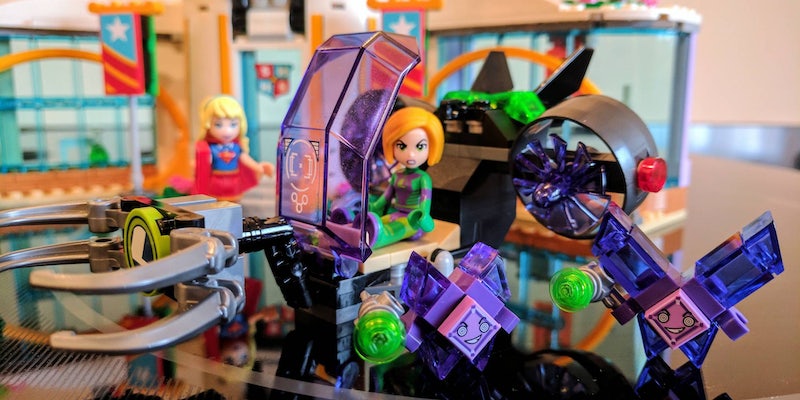 Once upon a time, comic books and superheroes were for boys, or so movie executives and toy makers thought.

That is until women and girls started letting companies know how unhappy they were when key female characters like Gamora from Guardians of the Galaxy and Black Widow from the Avengers were overtly omitted from marketing and merchandise. 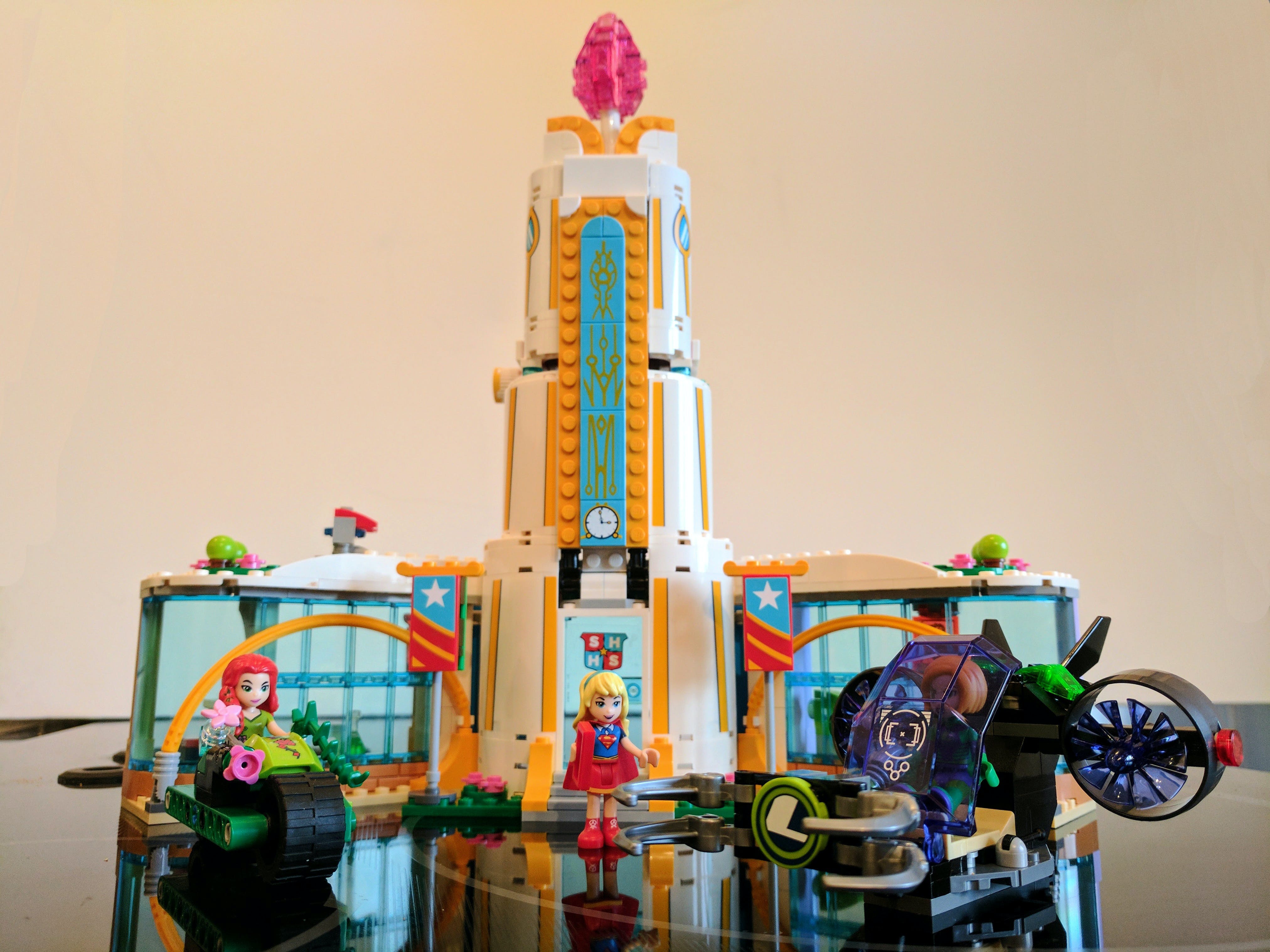 The powers that be, apparently chastened, look to be amending their ways. There’s a Captain Marvel movie starring Brie Larson on the way in 2019, while Wonder Woman will be kicking butt on the big screen this June. Both will presumably—and rightly—come with a plethora of associated merchandise and media crossover.

DC in particular deserves credit for more quickly realizing that there is a considerable female demographic interested in its products. With Mattel, the Warner Bros.-owned comic company in 2015 launched DC Super Hero Girls, a new, multi-platform franchise centerd around some of its iconic female heroes and villains as adolescents. Primarily a series of books, action figures, and YouTube videos till now, DC Super Hero Girls is also manifesting as a number of Lego sets in the vein of Lego’s girl-friendly Friends series.

Lego, just like the movie studios and comic book companies, only recently decided to tap into its female audience, which is why the Friends line only came to be four years ago. Ultimately, it’s better late than never in both cases.

Super Hero High School is the centerpiece of the DC Super Hero Girls Lego line and is aimed at younger builders between 8 and 12 years old. At 712 pieces, the $79 set is a simple build that will take a few hours at most. 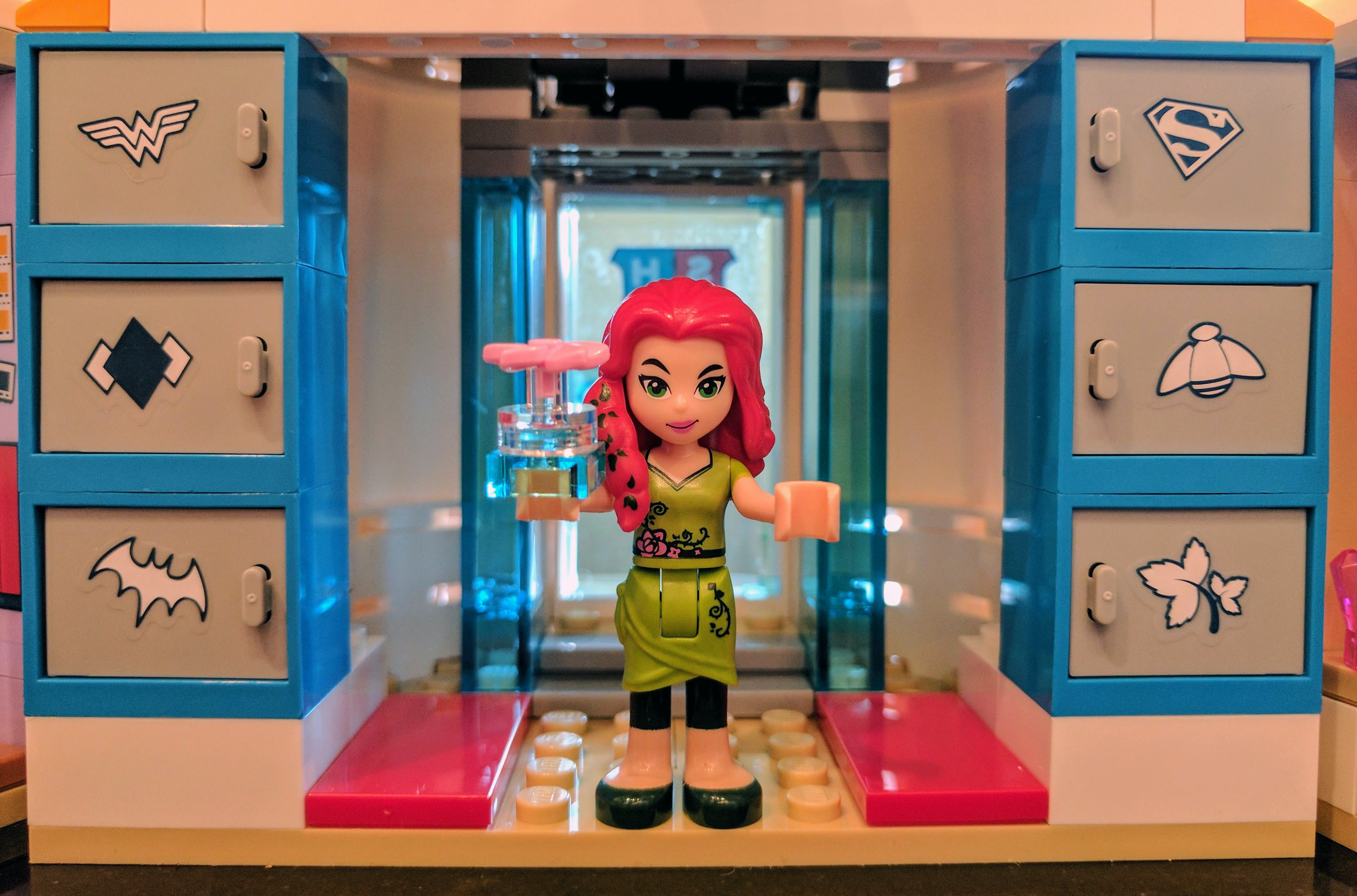 The school itself is built in three sections, with a central tower flanked by two classroom sections. The class areas are mostly windows with desks and lab tables. They’re pretty straightforward and inert, with most of the action found in the middle section.

The tall school facade is actually a hiding place for Poison Ivy’s motorcycle. Turning a concealed knob on the upper floor shifts the building into defense mode, which lifts its top off and allows Ivy to zoom down a ramp on her bike. 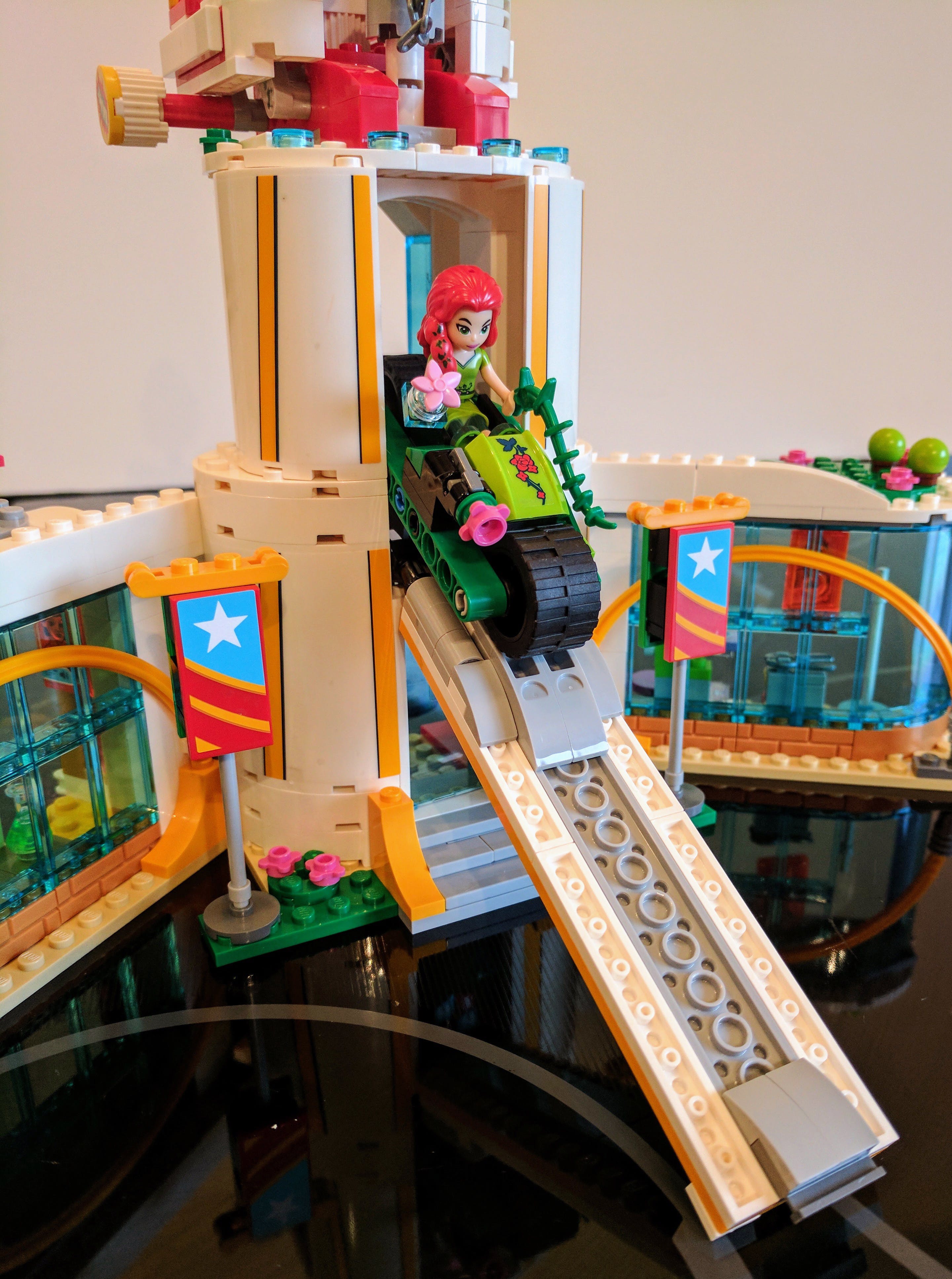 Defense mode also exposes a top-floor launcher that can be used to shoot chains at Lena Luthor’s claw-festooned jet, or her included Kryptomite minions.

Supergirl completes the trio of included characters, which are taller and thinner than regular Lego mini-figures, a la the Friends line. 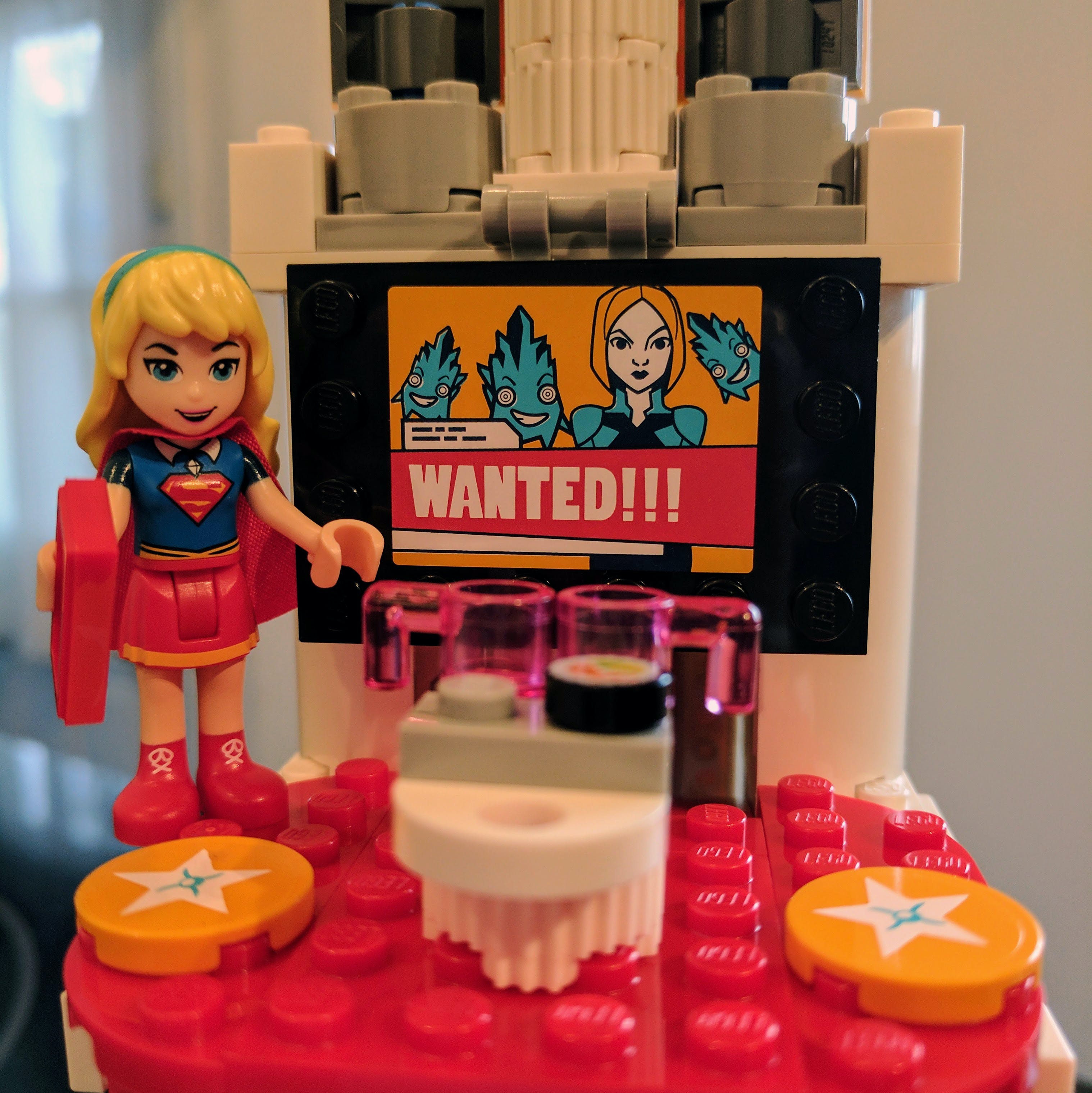 All told, Super Hero High School is a simple and straightforward set with lots of primary colors and few complex pieces.

Gender lines have always been blurred with Lego given that it’s such a universal toy. It’s especially true with Super Hero High School, which doesn’t discern between boys and girls so much as it does between ages. It’s a fun set for young kids regardless of gender, but its simplicity means it isn’t likely to appeal to older builders.

Young girls who like superheroes will doubtlessly enjoy it, as might young boys who are likely oblivious to comic book characters being at the center of the debate over gender in pop culture.