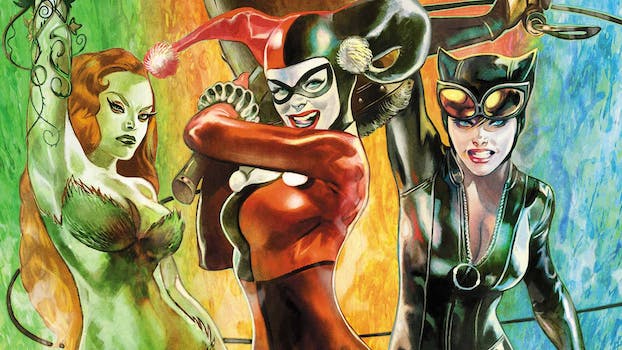 If you’re into comics, you already know how important it is when people introduce new characters into the series. DC Comic’s most recent issue of Detective Comics introduces a trans woman by the name of Dr. Victoria October, who happens to be a bioweapon specialist in Gotham City. That’s right: Batman is getting queerer! And people are pretty pumped.

Batman is canonically an ally of transgender people. Bigots enjoy your ever decreasing fantasy of what a hero of justice is.

batman is the trans ally we need

Give Dr. Victoria October her own comic please dear god, give me a trans Franken Fran before I die.

What has people most excited about Victoria, however, is not her gender identity in itself. As Andrew Dyce explains over at Screen Rant, Victoria’s trans identity is present and proud but not the focal point of her narrative. “The best part? The newest ally of Batman isn’t defined by her trans identity. In fact, if you’re not one of the people whose existence is validated by the character’s story… there’s a good chance you wouldn’t even notice it,” Dyce explained. “The fact that most readers will simply take Dr. October as the woman she appears to be is a best-case scenario – and all that would be hoped for, in life, as in fiction.”

The comic allegedly deals with multiple aspects of transitioning that aren’t easy: choosing a new name, the concept of dead-naming (when someone refers to a trans person as their former name or pronouns), and coming out as trans to begin with. But the comic doesn’t revisit these moments in detail. Instead, they’re provided as character history, not the all-consuming present and future of Victoria.

Lilah Sturges, a writer for DC Comics, recently came out as trans herself, reinforcing that when you have diversity behind the scenes, you will have more diverse content and art across the board. You’re also likely to have more authentic representation, especially when it comes to marginalized communities.

No matter who you are, finding a positive representation of yourself in the media feels empowering and validating. For members of the LGBTQ community, representation in the media tends to be a rough spot: Queer characters are either cast as villains or stereotypes, and rarely do same-sex couples survive their own relationships. Positive and diverse media representations for trans folks can be even tougher to find, serving as a reminder of how important it is for people to have representation that feels real.

Correction 9:44am CT, Jan. 19: An earlier version of this story misstated the first name of DC Comics writer Lilah Sturges.