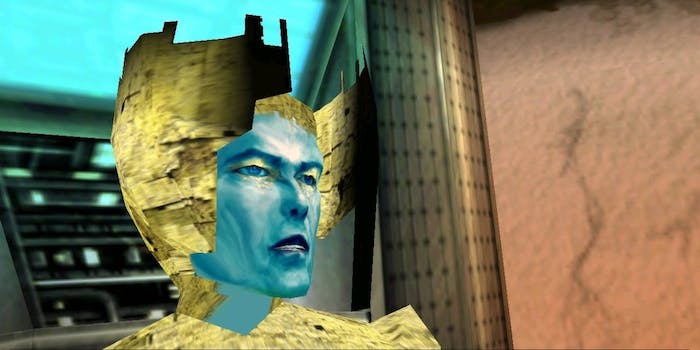 You can download this David Bowie video game for free

Square Enix has made Omikron: The Nomad Soul, a game for which Bowie acted and created the music, free to download.

With the recent loss of famed musician and actor David Bowie, fans are slowly working their way through his expansive catalog of work, including Omikron: The Nomad Soul, a video game he acted in and made music for in 1999.

Until Jan. 22, Square Enix is allowing fans to download Omikron: The Nomad Soul for free.

Both Bowie and his wife Iman made cameos in the game, and he holds a composer credit along with Reeves Gabriel.

Omikron: The Nomad Soul was the first game to come from David Cage and his studio Quantic Dream—the same team that made Heavy Rain and Beyond: Two Souls. It’s an adventure game that was originally released on the PC, and eventually made its way to the Sega Dreamcast. There were plans to bring it over to PlayStation consoles, but due its commercial failure on the Dreamcast, those fell through. On Steam, the game has mostly positive reviews.