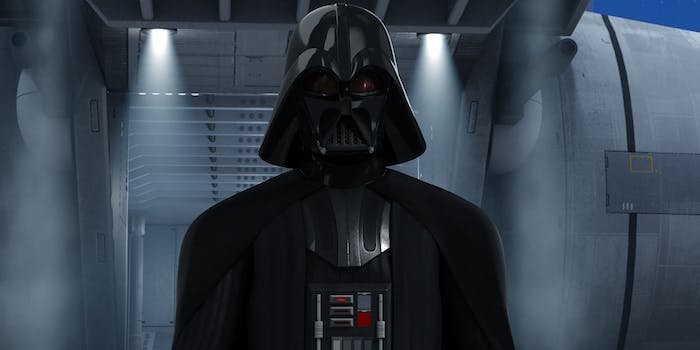 Hold onto your lightsabers.

Star Wars Rebels wraps up its first season next week, and the Disney XD animated series is calling on the dark side to finish on a high note.

Darth Vader will be appearing in the cybernetically enhanced flesh in “Fire Across the Galaxy,” the series’ 13th episode. The Dark Lord of the Sith previously appeared via hologram during a cameo in the animated movie that launched the series. This will be his first in-person appearance.

Lucasfilm has shared this preview of the episode, which airs on Monday, March 2 at 9:00pm ET.

Star Wars Rebels, one of the first Lucasfilm projects under the Disney banner, has already featured several notable character cameos, including Yoda, Lando Calrissian, and Grand Moff Tarkin. Its second season will premiere on television in the fall, but the season 2 premiere will screen early at Star Wars Celebration Anaheim in April.