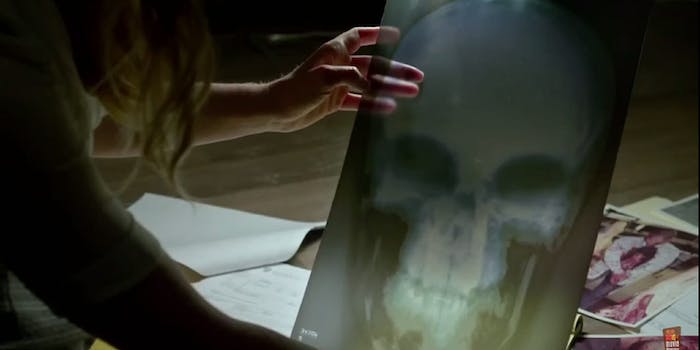 Check out Elektra and the Punisher.

The hype train has arrived and it brought the Daredevil season two trailer.

Before officially dropping online Monday, the trailer premiered at this weekend’s New York Comic Con. The trailer recaps the critical moments of season one for the first 90 seconds—and tacked on at the end, the mysterious season two footage begins.

Two new characters are introduced in the clip. Elodie Yung as Elektra is shown first, wearing a fierce gaze and ninja mask. Near the end of the video, a quick image flashes of Jon Berthal as The Punisher walking down a blue hallway. Seconds before the video ends, a voice taunts “Bang,” over a black screen.

There isn’t much explanation offered as to what’s going on, other than that we’ll find out sometime in 2016. The App Store’s tweet about the trailer has garnered a lot of excitement from Twitter users. Some commented on being “blown away” and getting goosebumps.

Although it’s unclear when in 2016, fans will wait in heavy anticipation for the new season to hit Netflix.