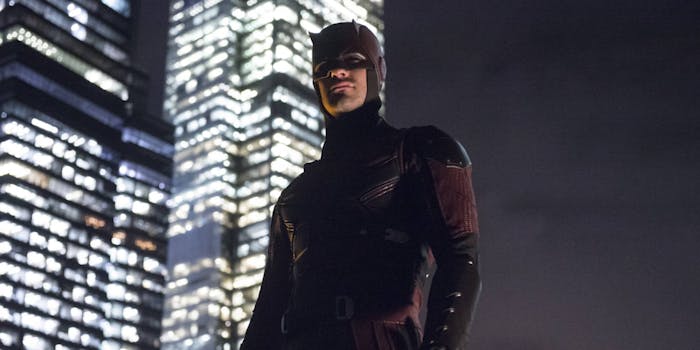 And we have some bad news for 'Agent Carter' fans.

After a quick turnaround between Marvel‘s first two Netflix shows, fans will have to wait until 2018 for new seasons of Jessica Jones and Daredevil.

Speaking to IGN, Netflix’s chief content officer Ted Sarandos said there’s no way they can air new seasons of each Marvel show every year. “I doubt that we could produce at the quality that they produce at that speed. But we’re gonna try to make them quicker so we can get less downtime between them.”

Next year, Netflix is prioritizing the first season of Iron Fist, followed by the team-up show The Defenders—both of which were teased at San Diego Comic Con last week, alongside September’s Luke Cage. So, this is what the Marvel Netflix timeline looks like at the moment:

There’s also going to be a Punisher series at some point, and actor Jon Bernthal may appear in The Defenders. So really, you can’t really blame Netflix for waiting a couple of years for the next season of an old familiar like Daredevil.

As for Agent Carter fans, their future is a little less rosy. Despite the vocal campaigning for the show to be saved by Netflix (or another streaming service), Sarandos confirmed that Netflix made “a business decision” to reject a third season for Peggy Carter and friends. That cliffhanger ending may never be resolved.