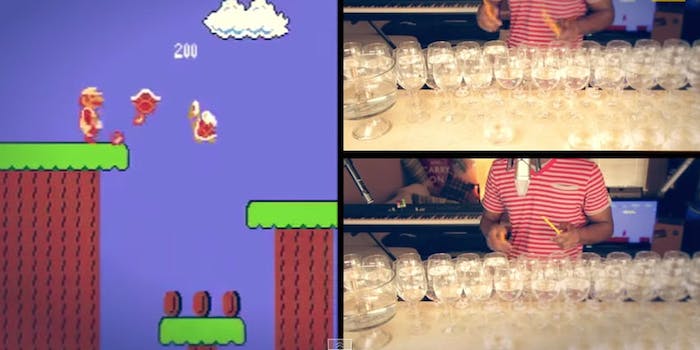 Who guessed a frying pan could carry a beat so well?

YouTube sensation Dan Newbie, who has earned Internet fame by playing “Let It Go” from Frozen and Pharrell’s “Happy” using only wine glasses filled with water and other kitchen supplies, is now attracting super attention.

Sure, the catchy, repetitive tune has been envisioned countless ways, including through an ancient Chinese instrument and a cappella vocal stylings, but Newbie’s interpretation is nothing short of magical.

I had no idea that a frying pan could carry a beat so well.

Our next requests: the music from Legend of Zelda and Final Fantasy.