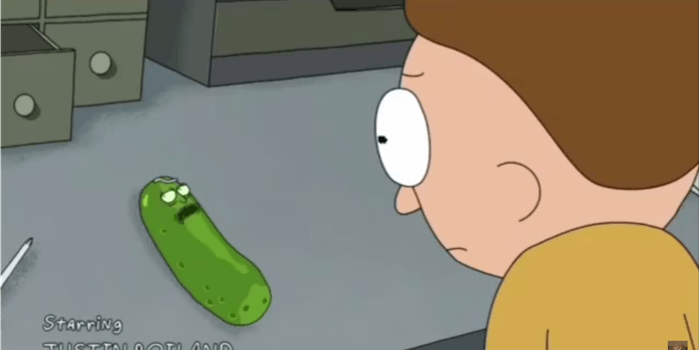 The co-creator had heated words for sexist trolls.

While new episodes of Rick and Morty have received the usual raves from critics and fans, some fans have decided to ruin a good thing by harassing the show’s female writers—and co-creator Dan Harmon is not having it.

In August, a reddit thread became the center of controversy online after it detailed the harassment two of the show’s writers, Jessica Gao and Jane Becker, have received since being credited on “Rickmancing the Stone” and “Pickle Rick.”

The thread covered how some fans singled out female writers when they didn’t like a particular episode. Co-creator and writer Dan Harmon bashed these trolls for their “disgusting” behavior in an interview with Entertainment Weekly.

“I’m on a Twitter sabbatical, so the last thing I saw about that was [the Reddit thread detailing the harassment], and I’ve seen the tweets they’ve sent to the female writer,” Harmon says. “I was familiar going into the third season, having talked to Felicia Day, that any high-profile women get doxxed, they get harassed, they get threatened, they get slandered. And part of it is a testosterone-based subculture patting themselves on the back for trolling these women. Because to the extent that you … can get a girl to shriek about a frog you’ve proven girls are girly and there’s no crime in assaulting her with a frog because it’s all in the name of proving something. I think it’s all disgusting.”

Bao, Becker, and two other women joined the irreverent show for its third season earlier this year after Harmon and co-creator Justin Roiland decided to hire some of the many female writers who sent them scripts for the show, according to Splinter. This brought the writer’s room to a gender-balanced team of four men and four women. Harmon continued:

“These knobs, that want to protect the content they think they own — and somehow combine that with their need to be proud of something they have, which is often only their race or gender. It’s offensive to me as someone who was born male and white, and still works way harder than them, that there’s some white male [fan out there] trying to further some creepy agenda by ‘protecting’ my work. I’ve made no bones about the fact that I loathe these people. It f—ing sucks. And the only thing I can say is if you’re lucky enough to make a show that is really good that people like, that means some bad people are going to like it too.”

Harmon pointed out that it’s illogical to solely blame one writer for the show’s writing as every writer contributes to the show’s content.

“It’s total ignorance of how writing a television show works,” Harmon said. “The reason one person’s name goes on an episode is that someone has to and everyone deserves one of those times at bat where they have to do all the grunt work.”