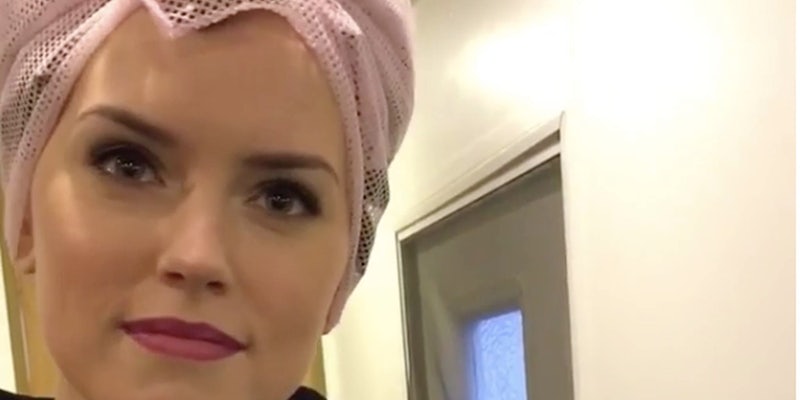 Daisy Ridley is already prepared for the next 11 months of 'Star Wars' spoiler lockdown.

If you’re working on a movie with a Star Wars cast member, there’s one cardinal rule: don’t ask them for spoilers.

Unless you’re Josh Gad, Daisy Ridley‘s Murder on the Orient Express co-star, who posted this Instagram video of him trying to interrogate Ridley about The Last Jedi.

Ridley, of course, was not impressed.

Daisy Ridley is such a good actress, it’s hard to tell if she’s genuinely annoyed or just playing things up for the camera. But considering how often she gets asked for Star Wars spoilers, it’s probably the latter. She’s a good sport, though, and knows fending off spoiler questions is part of the job.

Gad tries to go tit-for-tat with her, dropping a bit of Frozen 2 knowledge, but Ridley doesn’t bite.