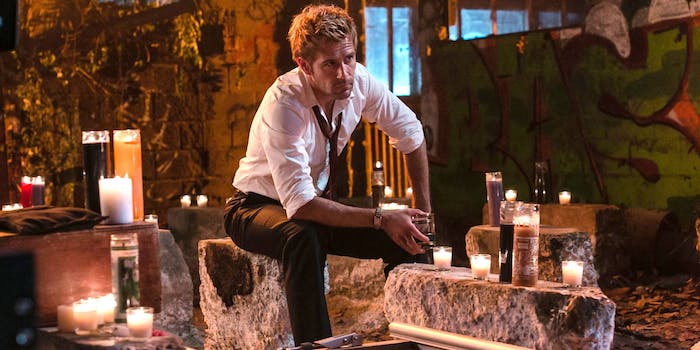 DC’s ‘Constantine’ will return as an animated series

The animated series will be produced by the men behind NBC's 'Constantine' and the CW's DC universe.

The Constantine TV series may have been canceled in 2015, but its lead character lives on. Matt Ryan reprised the role in Arrow and the animated movie Justice League Dark, and now he’s getting his own animated series.

There are no solid plans for Ryan to return to the live-action side of DC’s TV franchise, although CW president Mark Pedowitz hinted last week that he’d like to see Constantine on Arrow again.

The animated Constantine series will consist of six or seven 10-minute episodes, airing on the CW. It will be produced by Arrowverse producer Greg Berlanti and Constantine producer David S. Goyer, so John Constantine is in safe hands if you’re looking for more of what we saw on NBC.