Inside the haunting scents of the ‘Crimson Peak’ fragrance line

The founder of Black Phoenix Alchemy Lab discusses the creation of the collection.

Products that celebrate fictional universes run the gamut from fashion to cosmetics—but when was the last time you smelled your favorite movie?

Black Phoenix Alchemy Lab (BPAL) is taking its perfumes to the next level with its new line for Guillermo del Toro’s latest film the gothic romance Crimson Peak.

Crimson Peak is just the latest collection from the company that’s inspired by Del Toro’s work. BPAL founder Elizabeth Barrial told the Daily Dot that she’s a huge fan of the director and loved his previous movies.

“We have a lot of mutual friends, so I contacted Guillermo directly a long time ago about doing Pan’s Labyrinth and some of his older films, and it just kind of came to fruition with Crimson Peak,” Barrial said. “He put us in touch with the guys at Legendary [Pictures] and they were wonderful and enthusiastic. It’s easiest to work with people as far as licensed properties goes when they understand our company and the point of view that we have. That it’s not just cranking out ‘this is a character scent’ and then slapping a label on with a pretty picture, and that we really do take primary interest in the stories themselves so it was great.” 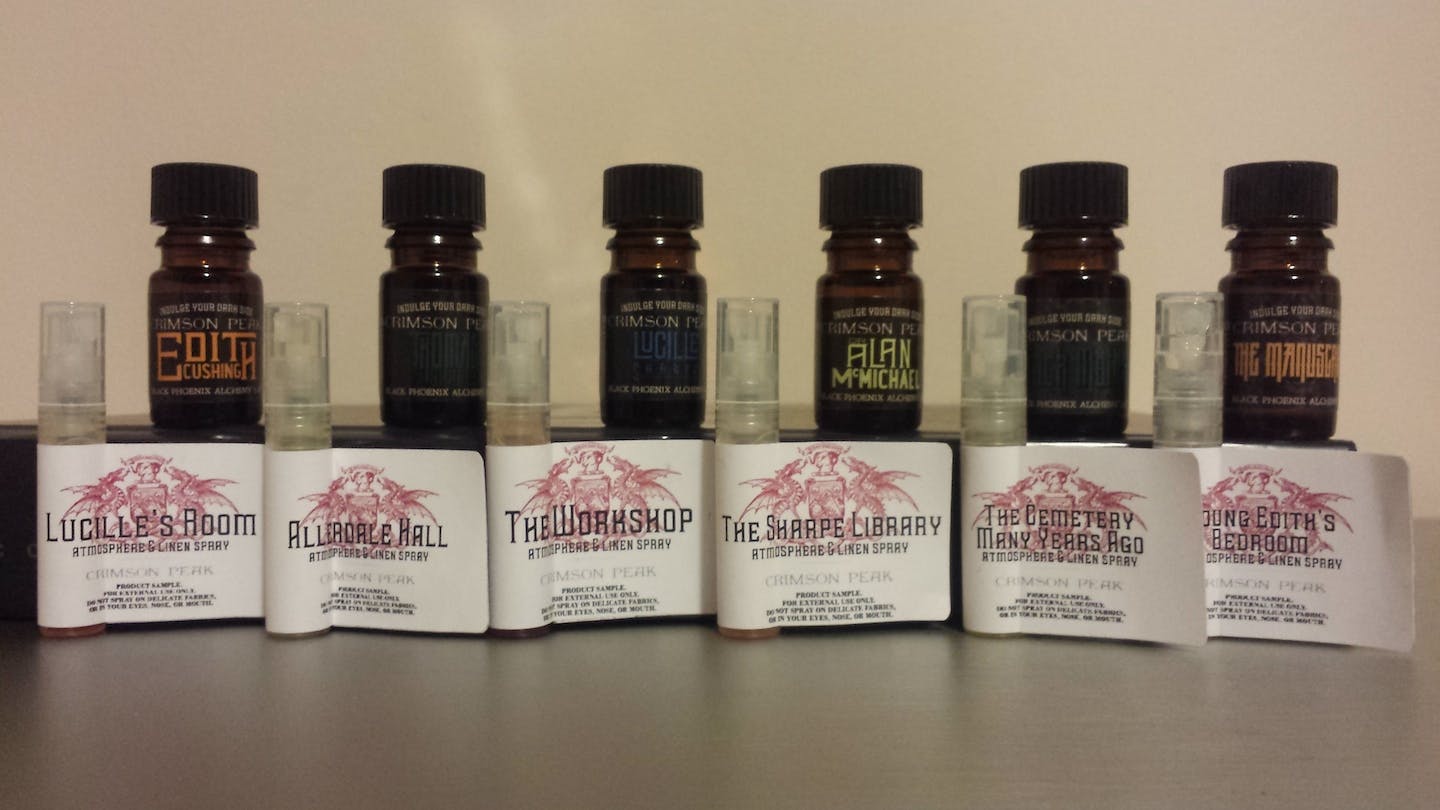 The line includes more than 20 perfume oils that try to capture the essence of characters like Edith Cushing and items like The Manuscript. BPAL determined the scents that would best represent these in a number of ways.

“Some things are led directly by lines in the film, like descriptions of insects in one of our scents. We tried to go with the colors of the moth and how we could best represent the dustiness and the darkness and the shadowiness of that particular set of lines, that dialogue. For other scents we went back and looked at what were traditional, like men’s colognes that would have been worn during the end of the Gilded Age,” Barrial said.

For the scents inspired by siblings Lucille and Thomas Sharpe, BPAL looked at their beautiful but out-of-date fashion and decided their scents also wouldn’t be contemporary to the film’s setting in 1901. They also looked at the specific color choices Del Toro chose for characters. For Edith, for example, they considered what scents would match her golden, yellow, and cream colors. 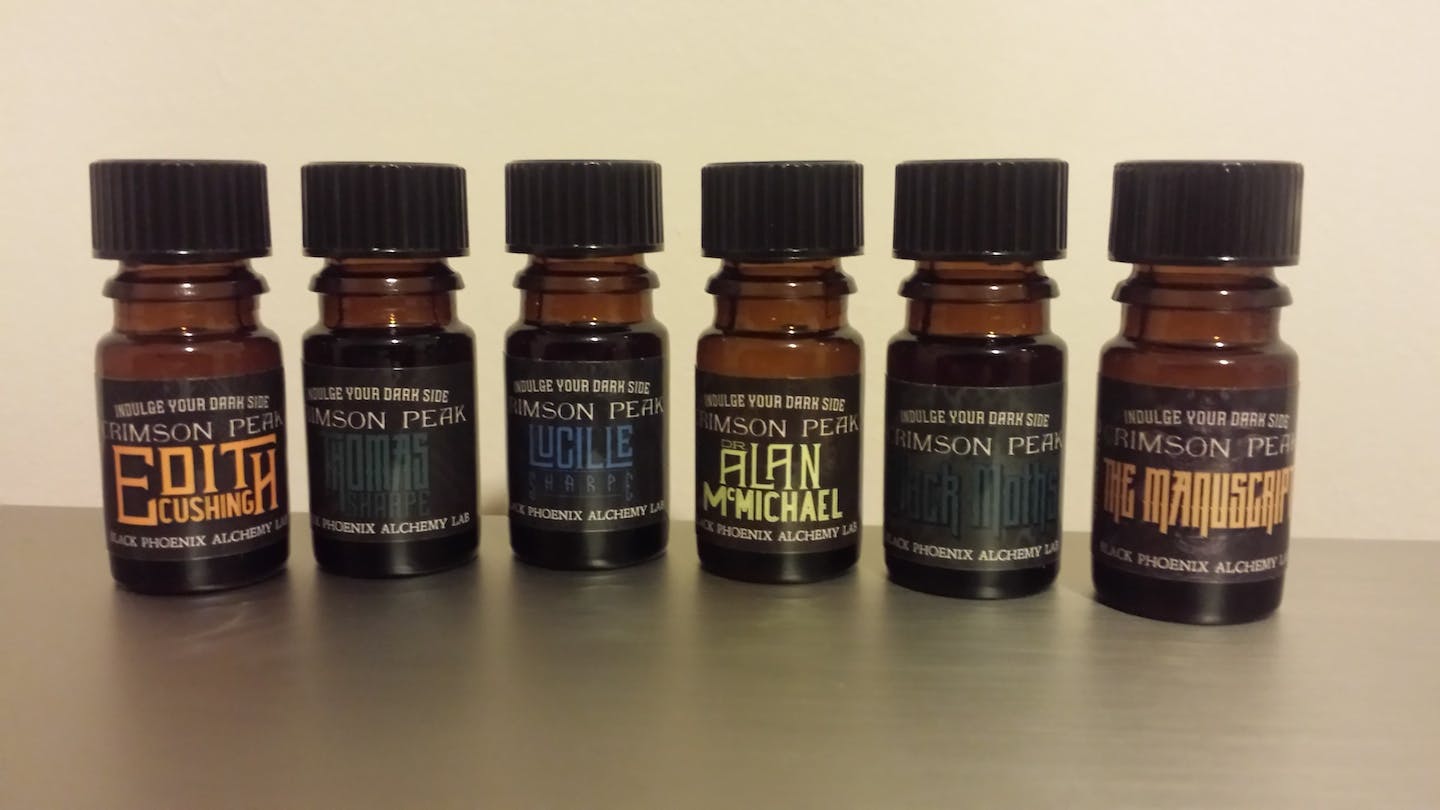 The perfume oils BPAL provided live up to their gothic promise and their descriptions. Edith’s scent is light, invoking thoughts of vanilla cream, while The Manuscript recalled a dusty library and old books. It’s a scent you might not think you might not want to wear all day, but will have you thinking twice when you smell it. I discovered the same with the powerful Black Moths perfume, described as “a flutter in darkness; wild plum and blackcurrant with aged black patchouli, vetiver, red rose petal, tonka absolute, and opoponax.” While more pungent than the scents for Alan McMichael, Lucille Sharpe, and Thomas Sharpe, it was quite nice when wearing it. It helps that BPAL’s scents are long lasting. Black Moths and Thomas Sharpe remained fragrant by the end of my eight hour workday even when I used just a touch.

Atmosphere and linen sprays are also present in the collection. The light scents quickly convert a space into something new. Even “The Cemetery Many Years Ago” offered a welcome change to my workspace despite its ominous name and description: “a solemn, pale child standing amongst snow-laden tombs as wet flakes descend from a leaden sky.”

Along with these products, BPAL created nail lacquers and a line of mementos that include boxes and jewelry. While the company has created items like these before, Barrial said this is the first time all these items have been created in concert for one property. It’s something that Barrial would like the company to do again in the future. 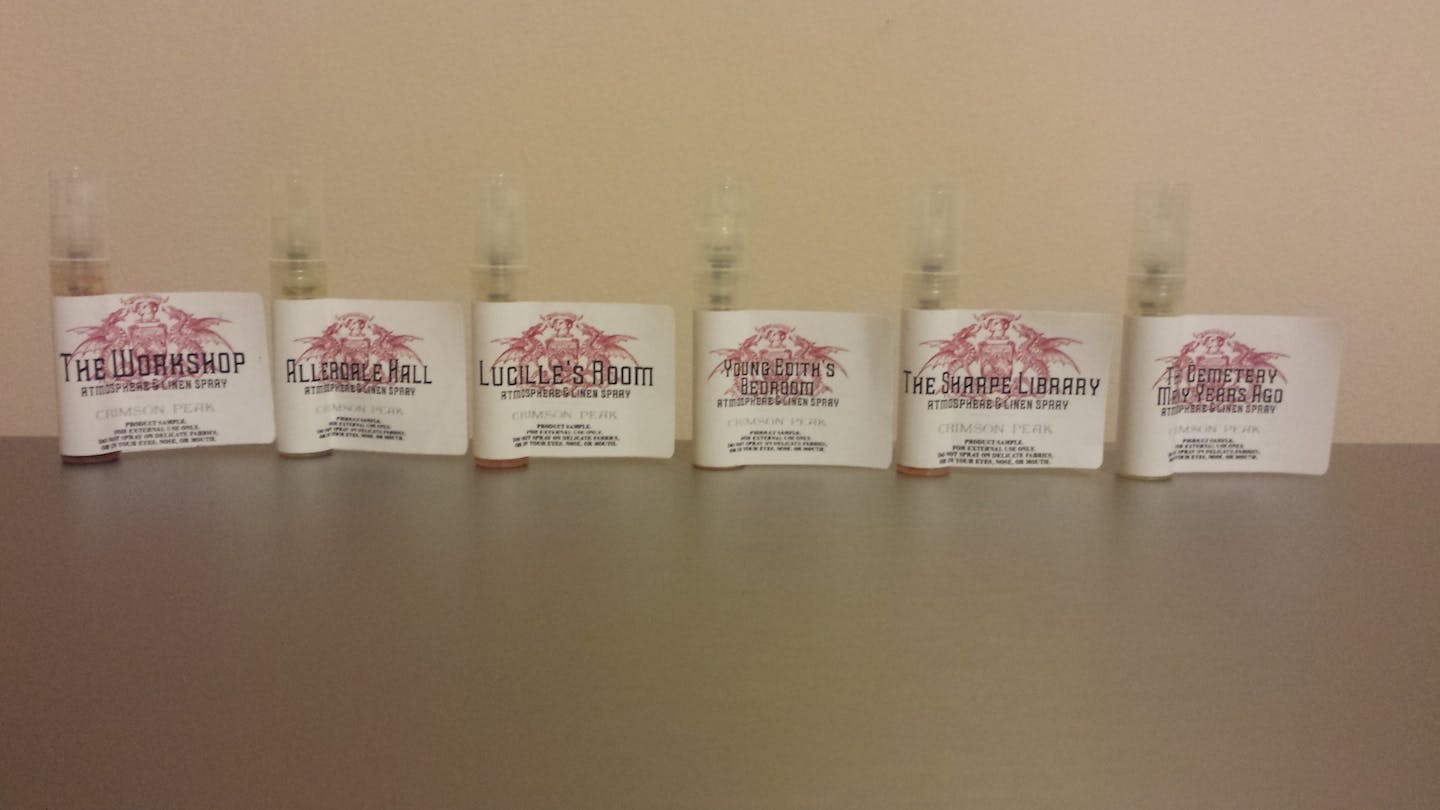 “Everything’s so interconnected as far as senses go. If you have something that’s like a complete package—fragrances that you can wear so that you can put on a scene or a character, atmosphere sprays to change the tone of your room, jewelry—you can really put on a different persona or you can really become in a sense a part of the story yourself,” she said.

Creating such a collection however presented a challenge. According to Barrial, it was like handling lots of spinning plates as she made sure they were staying true to the line and closely representing the story, film, and Del Toro’s vision.

When it comes to licensed lines, Barrial said she loves working on them and that they’re all different from each other. They’re also quite different from how BPAL develops its own lines.

“Each project kind of has a personality and life of its own depending on how much the creator, how much input they want and how much they want to leave me to my own devices, and it’s entirely different than it is when we’re just working on stuff in house where I can say, ‘Oh I want to do this myth set or this old story.’ Then it’s entirely on me to interpret and dictate how I want stuff to be and how I want the artwork for the labels to look. So it’s how many cooks are in the kitchen and everybody’s different,” she said. “Working with Neil [Gaiman] is so different than working with Peter Beagle. Different personalities and everybody has wonderful input…I think it’s what keeps me interested in doing what we do that there’s always a new happy exciting challenge and a new story to kind of immerse myself in.”

The company is not slowing down after this Crimson Peak release either. There will soon be more for fans to look forward to.

“We are expanding the line that we’ve done with Neil Gaiman and reinterpreting some of the label artwork that we have and going back through and expanding because we’re doing a lot of his short stories. That’s the next really big project that we’re tackling. He’s been the most amazing person to work with over the last, I don’t know, 10-12 years now, and it’s exciting to be able to delve back into that,” Barrial said.