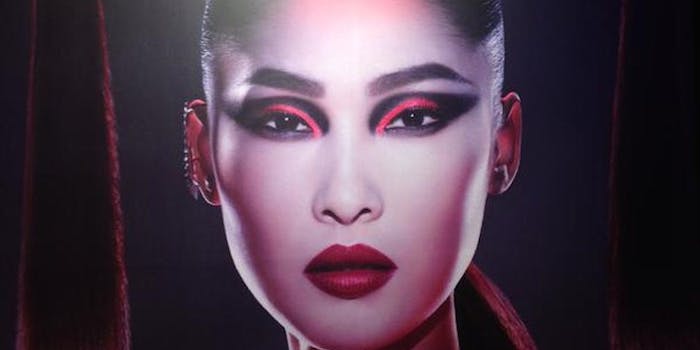 When CoverGirl announced its Star Wars: The Force Awakens makeup collection, it also revealed that makeup artist Pat McGrath created six looks inspired by the light and dark sides for the line.

Fans got a glimpse of these looks in photos that made the rounds online in June when CoverGirl officially revealed droid and stormtrooper styles on its Tumblr account.

Thanks to a special CoverGirl event on Tuesday fans can now see the rest of McGrath’s Star Wars looks. CoverGirl and those who attended the event shared the news and what McGrath had to say about her Star Wars work on Twitter and Instagram. The additional four looks revealed were Dark Apprentice, Jedi, Chrome Captain, and Mystic. Before this fans were able to get an exclusive look at Dark Apprentice on TotalBeauty.com.

"The light side is about metallics," @patmcgrathreal. Here's one of her looks for Star Wars. #beautyforce pic.twitter.com/HdrFE1SQJb

Having a @starwars moment with @covergirl and @janellemonae. Here's look #7, Resistance Pilot! #beautyforce

You can get a peek at the Mystic look and what being at the event was like in the below video by blogger Audrey McClelland.

A countdown clock on CoverGirl’s Tumblr hints at coming video tutorials for these five looks. The excitement, however, won’t make fans forget how difficult it was to get their hands on the line when it was supposed to be available Sept. 4.

The cosmetics company apologized on their social media accounts for the delay when a glitch caused problems with the release and the company ended up sending customers to websites like drugstore.com instead. Right now the collection is still set for a wider release sometime this month.