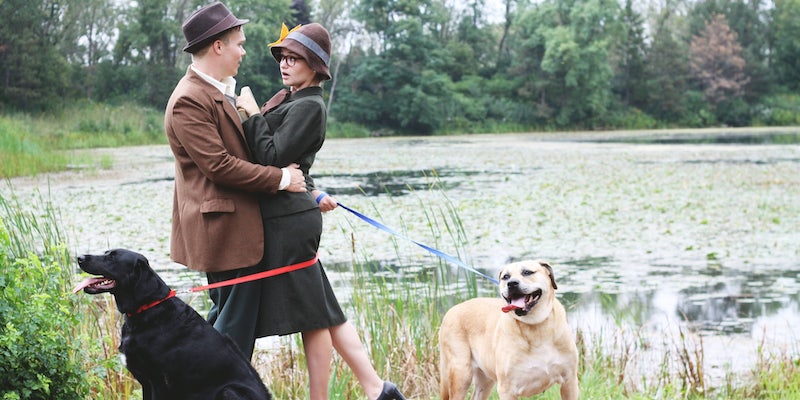 Theirs was love at first bark.

The world’s greatest pair of Disney fans has recreated the iconic meet-cute scene between Roger and Anita from 101 Dalmatians and it’s so precious we don’t know what to do with ourselves. The Internet has been sounding the twilight bark over Imgur user tcollier2’s photo gallery of engagement photos he took with his fiancée. The photos have gone viral thanks to their rendition of the moment when the owners of Disney’s famous dalmatians, Pongo and Perdita, meet beside a pond in London’s scenic Hampstead Heath. The adorable scene involves the now-classic use of dogs tangling the two lovebirds together.

Tcollier2 and his fiancée don’t have dalmatians, but they do have two obliging dogs who posed beautifully for the pics. The happy couple did the rest. Here’s the scene they were re-enacting: And here’s their spin on it. Seriously, this is all so cute we need medical supervision to deal.

You can see the full photoshoot at the couple’s Imgur gallery.