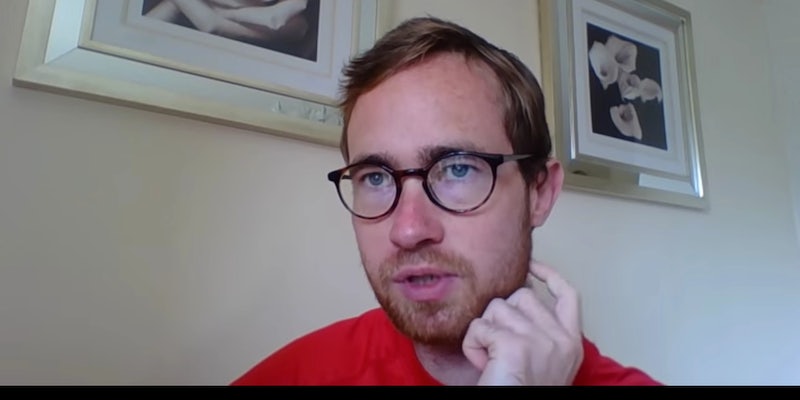 Richard Brittain tracked a teenage girl to her workplace, then knocked her out with a wine bottle.

A self-published Wattpad author and British gameshow winner used the Internet to find and attack a teen girl who negatively reviewed his book.

Richard Brittain, a 28-year-old from Bedford who won Britain’s Countdown quiz show in 2006, pleaded guilty in court Monday to charges stemming from the incident. According to the Daily Record, Brittain used the Internet to track 18-year-old Paige Rolland to her workplace in a Scottish grocery store on Oct. 3, 2014. There he struck her over the head with a wine bottle and walked away, leaving her with a serious head injury.

Brittain’s attack, according to court testimony, was retaliation against Rolland for writing a negative Goodreads review of Brittain’s Wattpad book The World Rose, a fantasy he had based on the life of another woman he was stalking. 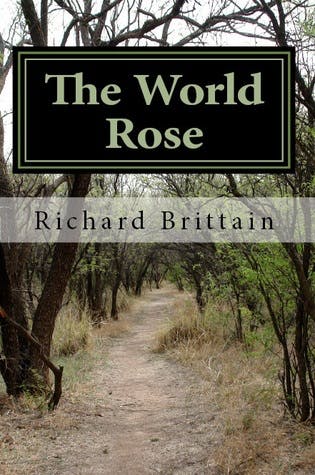 Brittain had revealed the book’s origins last year shortly before the incident in a Sept. 23 blog post entitled “The Benevolent Stalker,” in which he argued that his stalking of the woman was intended to “induce affection” rather than be “malevolent.” He also disclosed plans to ask the woman if she would like to be kidnapped:

I found out that she worked in Glasgow, so I travelled there with a plan. I was going to tell her that if she came with me, and we faked a kidnapping, we would both become famous. We would go into the hills and camp out for a few days while the nation searched. I had brought the necessary supplies.

I would like to reiterate that I was not plotting to kidnap her. I was planning on asking her if she would be interested in pretending to be kidnapped, so that we would make the news and people would learn about our story.

Yesterday, I saw her on the street and approached her, and called her name, but she freaked out.

“How?” she said. “How are you here?” She turned and snapped me on her phone before hurrying away.

I didn’t even get to tell her about my plan. I didn’t want to make a scene because people were staring. I also realised that I didn’t have the heart to ask her if she would like to be kidnapped.

After the post drew mainstream media attention and swift condemnation, Brittain updated it stating, “I apologise for my vile, strange, selfish and deeply disturbing behaviour. It is not the person I want to be and I will be doing everything I can to make a positive change. Please see my re-evaluation of romance and stalking seminar.” These two blog posts further examined what he declared was his realization that his thought processes were harmful. Brittain also claims to suffer from schizophrenia.

Yet just days after his second post, Brittain traveled from London to Scotland purely to find Rolland, whose address and work location he had hunted down from Facebook and other online social media outlets.

Though Rolland’s original Goodreads review and her Tumblr post about the incident have been deleted, they survive via an Amazon repost and a Tumblr reblog. Rolland tellingly wrote in her review that “Unfortunately, Mr. Brittain has gained a bit of infamy on Wattpad where he’s known for threatening users who don’t praise him (pray for me).”

Brittain’s attack left Rolland with a garish head gash requiring multiple stitches. Rolland told the court that had she been struck any harder, she could have died.

Coincidentally, word of Brittain’s attack on Rolland last year surfaced the same week as another notorious incident wherein an author stalked and attempted to confront a negative reviewer, this time on Goodreads.

Most of the book’s reviews on both Goodreads and Amazon are now negative. Brittain, who has continued to blog since the incident, has not discussed Rolland or the attack publicly, but has recently turned his hand once again toward writing about love: