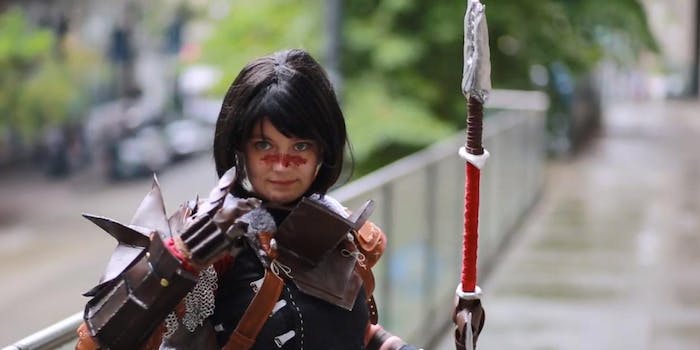 Cosplayers explain their passion for Dragon Age and Mass Effect

The latest Cosplay Boom takes on these Bioware franchises.

The episode features a variety of cosplayers explaining what they love about these games and why they wanted to cosplay as characters from them. Their explanations highlight the game’s engaging storylines, well-developed characters, and how friendly the franchises are to the LGBT community. The games also essentially let you play as yourself since you customize your own character, offering a unique cosplay opportunity.

“Many cosplayers dress up as their favorite video game characters but not a lot of video games allow you to play as yourself. That’s one of the many reasons BioWare is as popular as they are,” Kenreck explained in the video’s intro.

These two communities also seem to appreciate how open BioWare is to those who decide to cosplay. After all, months before the release of the new RPG Dragon Age: Inquisition, BioWare began sharing character kits with lots of materials to help cosplayers dress as those characters.

“I think with Inquisition we’ve had more dialogues with the cosplay community before the game comes out than ever before,” said BioWare general manager Aaryn Flynn during his Cosplay Boom interview.

You can watch the full episode below. Cosplay Boom will release part two of its Dragon Age and Mass Effect exploration early next year.