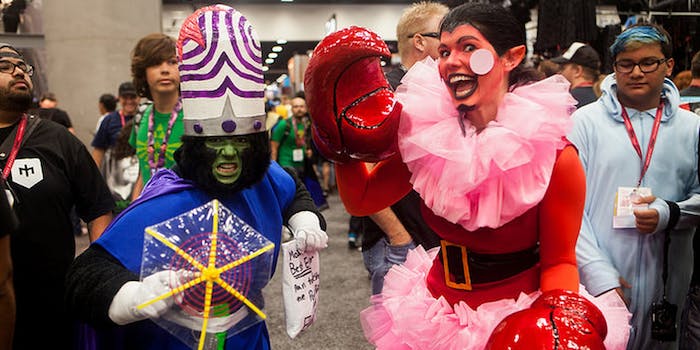 Comic-Con has been criticized over the years for its lack of a clear and visual anti-harrassment policy.

San Diego Comic-Con officially ends Sunday, and while lots of geeks have been enjoying the annual pop-culture convention, as with all cons, the issue of harrassment is never far from attendees’ minds. Comic-Con has been criticized over the years for its lack of a clear and visual anti-harrassment policy.

Geeks For CONsent tried to raise awareness of the problem earlier this year, through an online petition, but the response from Comic-Con claimed their current policies were just fine. They did send out an email Friday before the convention, that actually included the words “anti-harrassment policy” and encouraged people to call a number. But otherwise, you wouldn’t know any resources were available without looking through the thick event guide or on the website.

Now the group is taking their message directly to the convention by posting harrassment policy fliers in men’s and women’s bathrooms throughout the convention center. 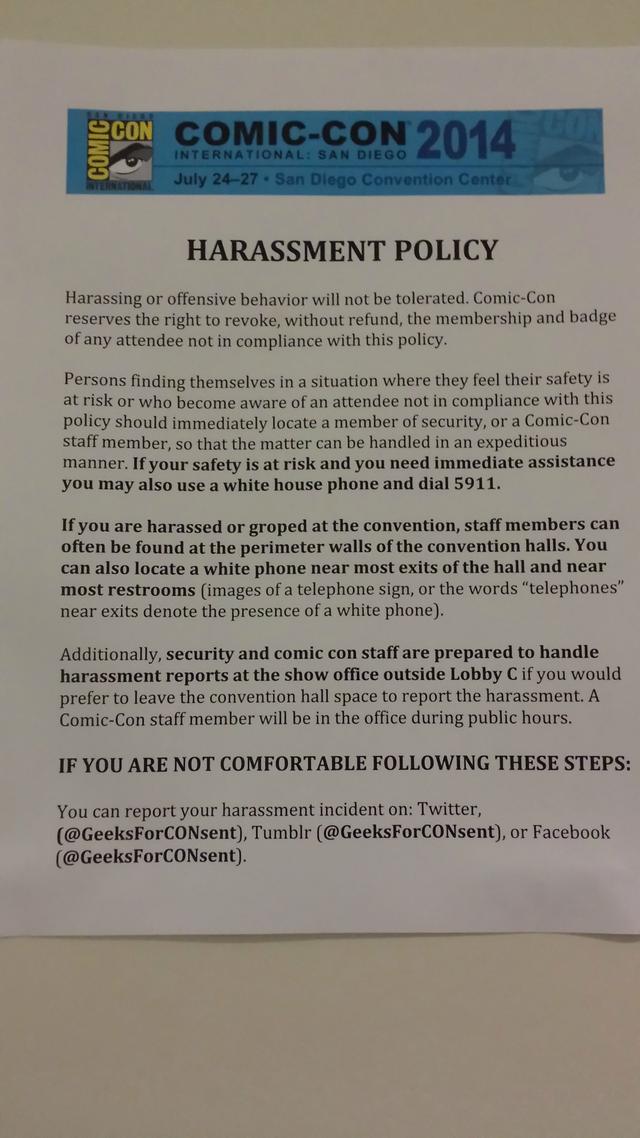 The posters outline what someone should do if they feel like they’re being harrassed and even encourages people to reach out to Geeks For CONsent for help as well. The fliers are easily visible as you walk into the bathroom and are so clear that it seems like an easy way Comic-Con could increase visibility of their policy if they wanted to. According to the group on Twitter, they have been posted in 15 bathrooms, four of which  were men’s. Some have been torn down and the group has been replacing them. It’s clear some still think harrassment is not an issue, but seeing the response on Twitter, it’s hard to argue that Comic-Con doesn’t still have a major problem.

@GeeksForCONsent @Jennifer_deG @LizEKatz that fact that you guys did that is awesome. The fact that SDCC doesn’t is bad.

@GeeksForCONsent Saw your flier at #SDCC2014. Guy last night kept harassing me, wouldn’t go away. Groped me and PICKED ME UP. I was scared.

Whether or not Comic-Con takes note remains to be seen, but hopefully the posters show them how easily they can address the concerns of their dedicated attendees, if they really want to foster a safe environment.