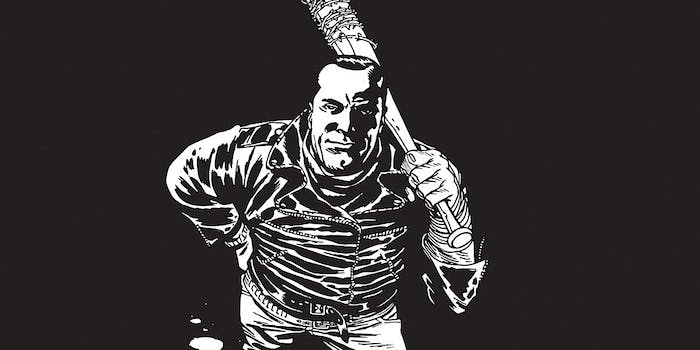 The 10 best comic books for adults

Comic books are everywhere, even if the books themselves aren’t. They’re the basis of some of the biggest films of all time, inspire hit TV shows, theme parks, and merchandise. And in the eyes of many people, they’re kid stuff. After all, if you don’t like superhero books why should you be reading comics.

It’s a common misconception that comics books are exclusively the realm of spandex-clad superheroes. Instead, the comic medium encompasses stories of every genre, from horror to tragic romance, just bound in 20-page bites. If you want to get started while avoiding the kid stuff, here are the best comics for adults.

The best comics for adult

Robert Kirkman’s zombie apocalypse epic is notable not only for inspiring the most successful comic book TV show of all time but also for its creative longevity. Since launching in October 2003, Kirkman has been the book’s only writer, a rarity in the comics world. While other series fracture over time, The Walking Dead has largely told one straight story for nearly 15 years. Character deaths come often and viciously, made all the more devasting by how quickly you become attached to them. But unlike the show, the pacing never slows to a crawl. Pick up the first trade paperback; it’s regularly on sale.

The upside of jumping into comic books is that there plenty of excellent completed series to dive into, perhaps most notably Brian K. Vaughn’s Y – The Last Man. On July 17, 2002, every male mammal on Earth died, except for an escape artist named York and his pet monkey Ampersand. As society dissolves into chaos, readers follow the duo across America as different forces seek out the last man on Earth. Lasting 60 incredible issues, Y is a thrilling sci-fi adventure that explores gender, survival, and humanity with a sly humorous bent.

Running intermittently since 1981, Los Bros Hernandez’s Love and Rockets, is one of the most important and moving independent comics of all time. Focusing on characters of color, spread across Latin America and Los Angeles, Love and Rockets uses a subtly magical world to explore relationships. Over its 30-plus-year run, the book has never shied away from difficult topics, from mental health to solar power in the third world. Staying independent has given the series incredible freedom, but that isn’t why the series has flourished. Fans come back over the decades for Los Bros Hernandez’s beloved characters who age in almost real time.

Brian K. Vaughan has already made an appearance on this list, but not including Saga would be a crime against the art form. Refocusing Star Wars-style science fiction as a sprawling, politically complicated family drama, Saga has been met with widespread critical praise. Vaughan’s intense storylines are peppered with dark humor, but Fiona Staples’ colorful art gives even its grimmest moments lively charm. Narrated from the future by Hazel, the baby born in the first issue to two lovers from different warring species, Saga plays against expected stereotypes. Future narrators often accidentally let you know a beloved character is safe, but Hazel’s untold knowledge of what’s to come drips with dread.

This dark fantasy tale isn’t for everyone, but fans of intellectual horror will fall madly in love with Neil Gaiman’s masterful Sandman. Part of the ’80s mature comics revolution, Sandman ran through 1996 with a revolving string of artists giving life to Gaiman’s weird fiction universe. (Vertigo/DC Commics recently announced its launcing a Sandman extended universe with four new spinoffs.) Sandman explores the life of Dream, ruler of the world of Dreams and member of a collection of demigods known as the Endless. Dream’s adventures take him into the minds of serial killers and to Hell itself, where he meets Lucifer (a character you can oddly now see on the Fox show of the same name). Sandman is a literary and boundary-pushing work whose imprint can still be felt day.

Fun Home is a graphic tour de force of emotional storytelling set in the real world. Alison Bechdel wrote and illustrated this memoir about growing up with a single father as a closeted young girl in rural Pennsylvania. The graphic novel has been adapted into a hit Broadway musical, but its lasting legacy is as an essential work of queer literature.

Reading on a budget? Questionable Content has been running almost without stop for free since 2004. It’s a science-fiction romantic comedy that centers around a group of friends living in Massachusetts. Set in a near future where robots exist and AI is a part of life, creator Jeph Jacques uses the world to explore romantic entanglements and sociological issues. Stories lines involving trans issues live alongside meditations of PTSD, with regular interruptions by a perverted helper bot named Pintsize. With 14 years of strips to catch up on, you’ll have plenty of reading ahead of you. However, if your eyes hurt staring a screen you can pick up a printed edition from the series’ website.

Your childhood favorites have been busy since you last saw them. Snow White is deputy mayor, the Big Bad Wolf is sheriff, and Prince Charming is busy running scams. Meanwhile, the whole town is trying to hide their true nature from the real world. During its 150-issue run, Fables won numerous Eisner Awards and inspired the popular video game The Wolf Among Us. Replete with intrigue, romance, and betrayals, Fables is the perfect bedtime story for grown-ups.

If your only experience with Vision is the Avengers movies, you’re in for a culture shock with this harrowing mini-series. After years saving humanity, Vision has built a family of his own and moved to the suburbs. It’s programmed to be a perfect life, but you can’t plan for nosey neighbors or the odd invading supervillain. Tom King’s 12-issue suburban nightmare unfolds like a Coen brothers movie, full of grim foreshadowing. Marvel would never adopt this story for the big screen, so if you want to experience this noir superhero treat, you’ll have to read it.

Marvel’s detective/superhero mashup Alias served as the inspiration for Netflix’s hit series Jessica Jones. It was even the basis of the show’s first arc involving the Purple Man (Kilgrave). During its 28-issue run, Alias showed a profoundly different, street-level side to Marvel’s world, with graphic language and sexuality that wouldn’t be welcome in its usual titles. Gods may fly overhead, but people on the ground are suffering. Jones is a damaged and mournful superhero uses her powers just to get by.