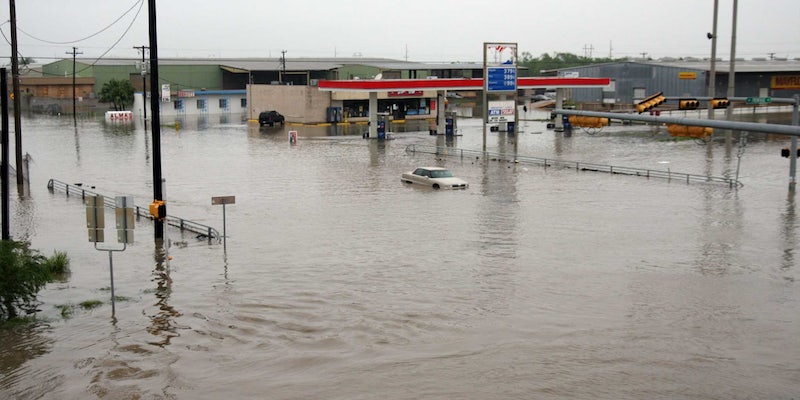 Is all the crazy weather lately due to climate change?

Scientists are united. So why aren't we actively making the connection?

Texas is flooding and streets in India are literally melting because of its record-breaking heat wave. Several people have died in both events—including a staggering 1,800 in India. And while Texas is no stranger to floods and India certainly has heat waves this time of year, these events seem especially extreme.

“The heat wave in India is consistent with a pattern of record-breaking heat we’ve seen in recent years that can only be explained by the added heating due to human-caused greenhouse gas increases from fossil fuel burning and other activities,” Michael Mann, professor of meteorology at Penn State University, told the Daily Dot.

Mann said that the Texas floods may be part of a drought and flooding cycle intensified by climate change.

“There are many factors that came together here—an incipient El Niño event, and the vagaries of weather,” Mann said. “But human-caused climate change is in many cases the straw that broke the camel’s back, that extra fuel that takes what would have been a really bad flood and turns into into a catastrophic flood.”

Yet many—though not all—news outlets seem reticent to even mention man-made climate change, let alone the possibility that these weather events may be tied to it. Why?

Well for one, it is hard to link any one weather event to a larger climate pattern. But, as blogger Bud Ward says, that’s like trying to figure out if a baseball player’s absurdly high home run record has anything to do with the steroids he’s taken. Of course it does, but linking a specific home run to the steroids is a fool’s errand.

Think Progress suggests a few more problems: Climate change is getting more and more complex, making it difficult for journalists to cover. Media outlets can be disinterested—sort of a “been there, done that,” mentality. There’s nothing new to say beyond “we’re screwed,” so why bother? More dishearteningly, some journalists seem to be intimidated into letting the controversy frame their arguments, instead of sticking with the evidence.

Some people see the writing on the wall, and they’re trying to get the word out.

Billion$$ in damage in Texas & Oklahoma. Still no weather-caster may utter the phrase Climate Change. pic.twitter.com/9J10deVQ7S

But Bill Nye was lambasted by climate change deniers for this tweet. And as research has shown, people tend to reinforce their false beliefs rather than change their minds when confronted with information that contradicts them.

Do #climate deniers really not get it? Worse drought & more intense flooding BOTH are forecast for many regions: http://t.co/j8xtELCl9h