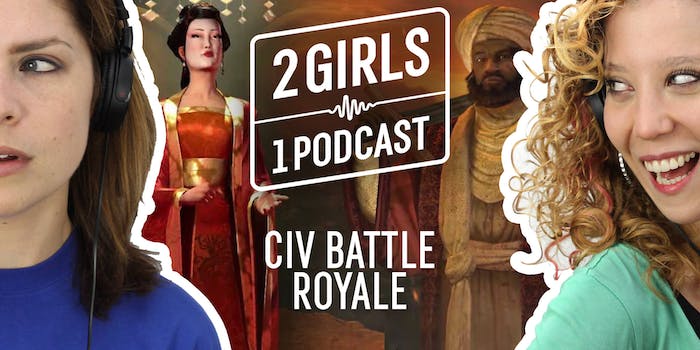 Who are you rooting for in season 3?

Sid Meier’s Civilization is a storied video game franchise built on an epic premise: Build a civilization to stand the test of time.

Typically, a player will control a historic civ–like China, France, India, or Rome — and manage every aspect of its culture, beginning in 4,000 BCE. Food, trade, technology, government civics, religion, population growth, colonial expansion, and of course the military, all become granular decisions with far-reaching effects on history. The game is played like a turn-based tabletop experience, often against AI-controlled opponents.

But what if the game was played only by AI? Years ago, members of the Civ community set up that exact experiment. Sixty AI civilizations on a world map shaped like Earth, with one goal: to destroy each other at all costs.

What would play out with no human intervention? Which civ would win, and why? These questions kept fans glued to the game as it slowly unfolded across Reddit, Twitch, and YouTube.

Today, Civ Battle Royale has become a strategy game institution and evolved into a seasonal “TV show” of sorts.

This week on 2 GIRLS 1 PODCAST, Alli and Jen speak with Steve Yanosky, who runs the current iteration of the Civ Battle Royale game on his home computer and captures hours of video, screenshots, and data to update the community on what has unfolded in this epic, war-torn world of battling AI.

Yanosky explains the evolution of CBR across its three seasons, the community of fans and modders who make the experiment technically possible, and the fan art and data analysis that keep thousands of people rooting for their favorite historical leader.