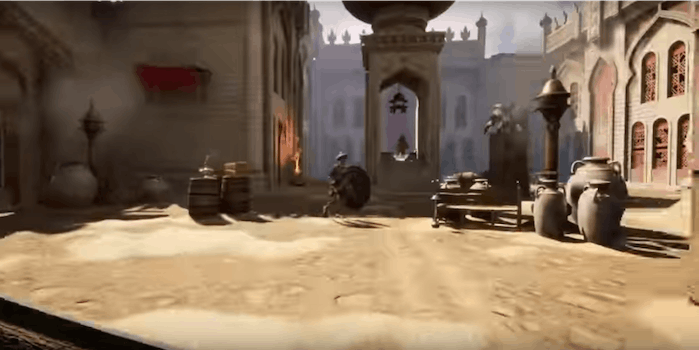 The game changes every time you die.

A group of former Irrational developers who worked on games like BioShock and Freedom Force announced they’re working on a new first-person rougelite hitting Steam this fall.

The game, called City of Brass, is set in an Arabian Nights style procedurally generated world. Each time you die—which, we should note, will be a lot—the city will change. The game’s permadeath is designed to create a unique city each time you start over.

You’ll play as a daring thief armed with a whip and scimitar, which can be used in a variety of ways. You can even channel your inner Indiana Jones as you leap across pits and shove enemies into the plethora of traps this world conceals. Mastering the systems will not be an easy task, but it will be worthwhile.

The combination of combat possibilities allows for creative and constantly changing gameplay. It is meant to be punishing, so be sure you are ready before you plunge into this rich desert world, as traps and treacherous terrain will slow you and certain death awaits if time runs out.

This game promises eternal replayability with intriguing and challenging foes, not to mention genies who grant wishes.

We don’t have long to wait either. This game comes out later this year via Steam.