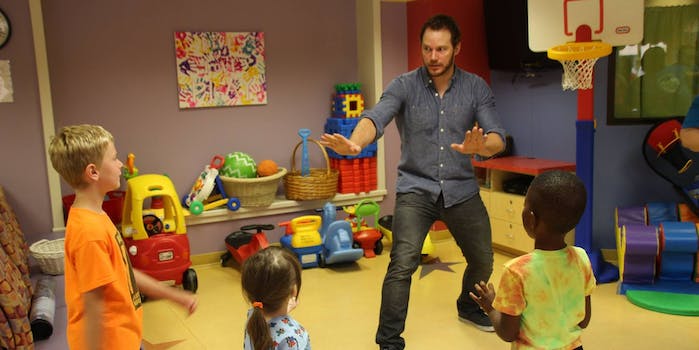 Chris Pratt needs to dial it back and stop being so adorable.

Chris Pratt is the kind of actor who steals his own superhero movie costumes to wear while visiting sick children in hospital, so it’s really no surprise that he did something similar for Jurassic World.

Last week, an awesome Jurassic World meme took the Internet by storm: zookeepers recreating Pratt’s raptor squad pose from one of the movie’s most recognizable promo images. This made its way back to Pratt on Twitter, and because he’s an awesome guy, he decided to do his own version with three kids in a children’s hospital. 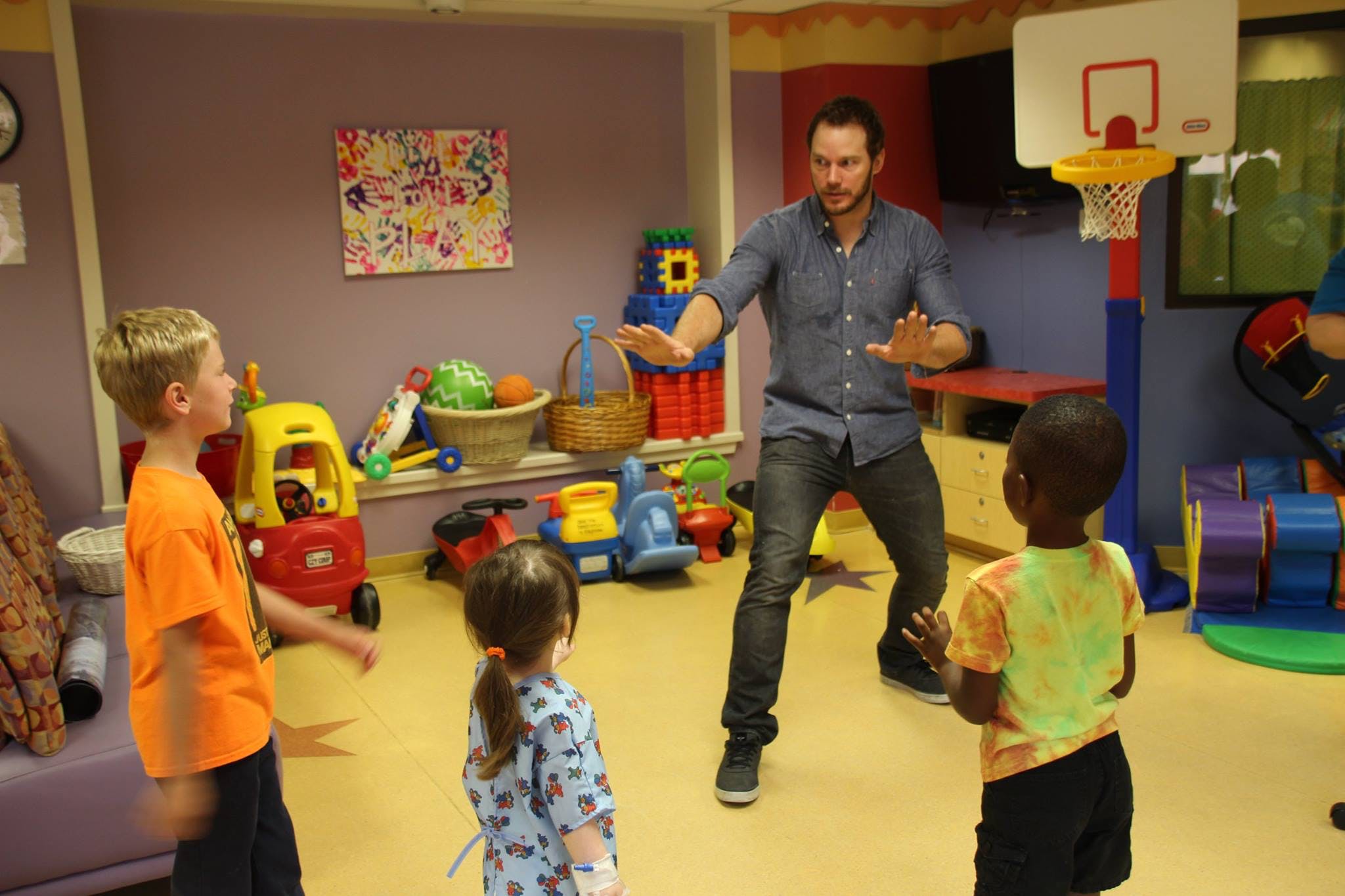 Redditor chrysias posted this photo on Sunday, proving once again that Chris Pratt is almost too cool. Seriously, Pratt, let some other actors have a share of the niceness. This is getting ridiculous.