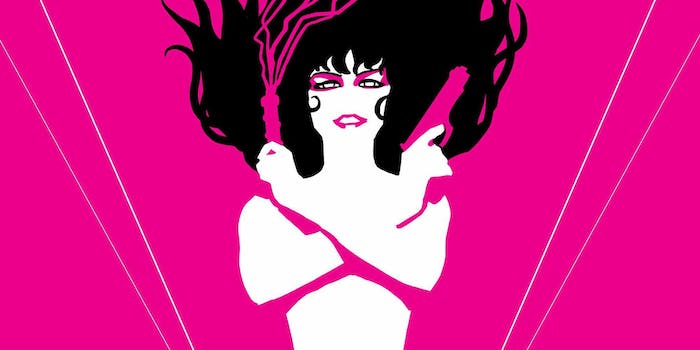 Why dd the Harvey Awards nominate this comic's artist in the Humor category but ignore its writer?

Comics are a collaborative art form, but for some reason the Harvey Awards, one of the greatest honors in the industry, don’t seem to recognize this.

In July, writer and artist Chip Zdarsky (Sex Criminals, Howard the Duck) received a Harvey nomination in the Humor category for his work as the artist and co-creator of Sex Criminals. But Matt Fraction, wasn’t nominated alongside him.

Zdarsky requested that the awards committee either remove him from the ballot or allow him to share his nomination with Fraction, but the Harveys decided to keep the ballot as it was. And so, when Zdarsky ended up winning the Special Award for Humor, he publicly turned it down, saying that Fraction “supplies 90% of the humor” in the comic.

“It’s nice having people realize how special I am and how humor I am,” he posted on Tumblr, “and I truly appreciate everyone who voted for me, but the award, as it stands, doesn’t make a lot of sense.”

“I put forth the idea to the Harveys that the category simply be changed in the future to “Best Humor Publication,” in order to recognize the end result, instead of imagining who contributed what in a team effort.”

In an earlier post about the award, Zdarsky riffed off of the fact that comics coverage is usually skewed in the opposite direction, joking that the nomination “sadly continues a trend in comics which simply cannot continue: it ignores the writer.”

“Comic book writers are important. They are crude storytellers—desperately describing what they wish to see yet cannot create—but storytellers nonetheless.”

Obviously, we’re far more used to people recognizing writers above artists—consider how many comics are described as being “by Neil Gaiman” or “by Alan Moore,” with no mention of the artists involved. But the reverse is equally unfair. It seems decidedly odd that the Harvey Awards committee, of all institutions, would fail to understand the issue.