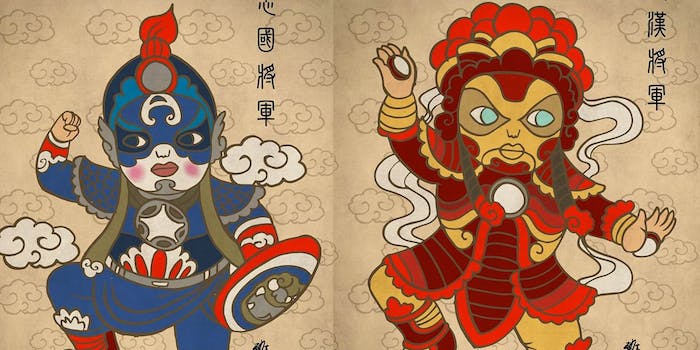 This fanart is beautiful and incredibly original.

Tik Ka’s usual style runs toward dreamy pastel colors and cute, big-eyed portraits, but his fanart is a little different. Inspired by the elaborate costumes and makeup of Chinese opera, his versions of Marvel and Star Wars characters resemble figures from an ancient fairytale. (Which, in the case of Star Wars, is very appropriate.) 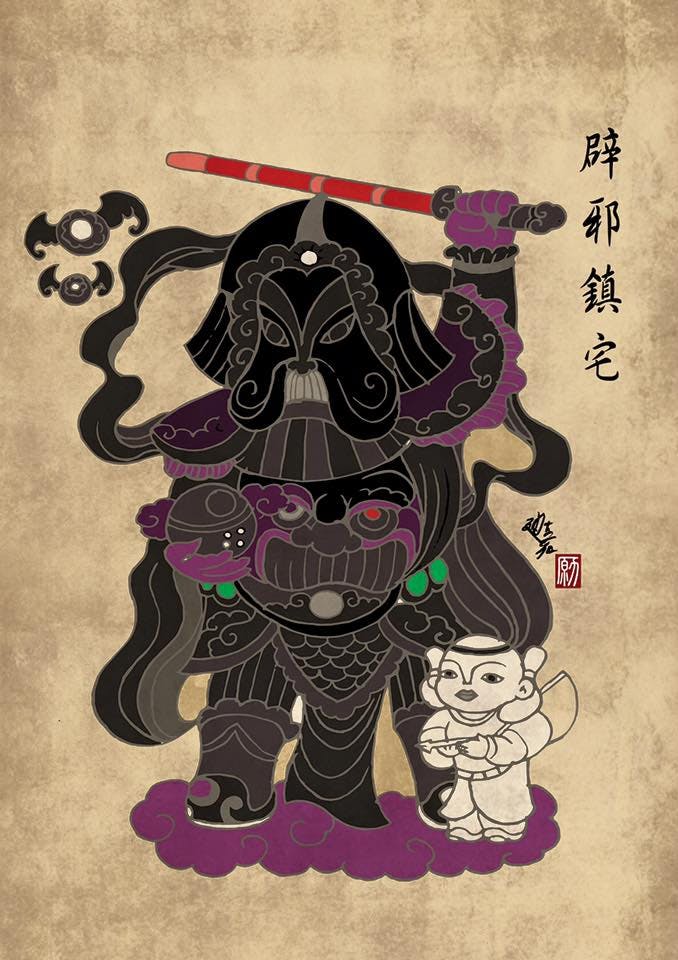 Speaking to the Daily Dot in a Facebook message, Tik Ka described his art style as “Made in Hong Kong.” It was influenced by Chinese and Western cultures as he grew up during the British colonial era in Hong Kong.

He’s fascinated by the idea of superheroes as mythological figures, comparing American superhero comics to “the Chinese traditional hero” from classical dramas. 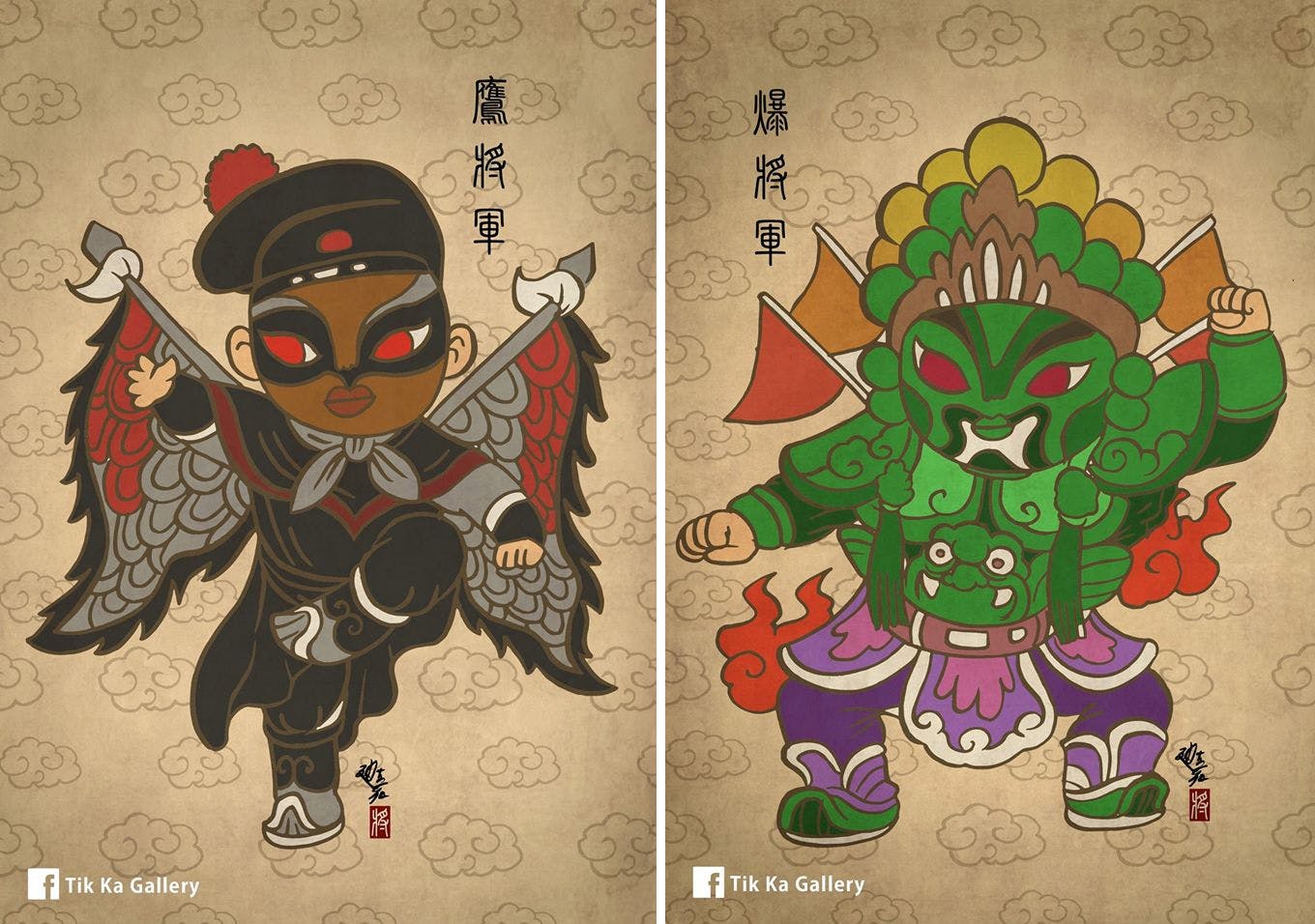 For an idea of what this version of Sam Wilson and the Hulk might look like in action, here’s some footage of traditional Beijing opera. 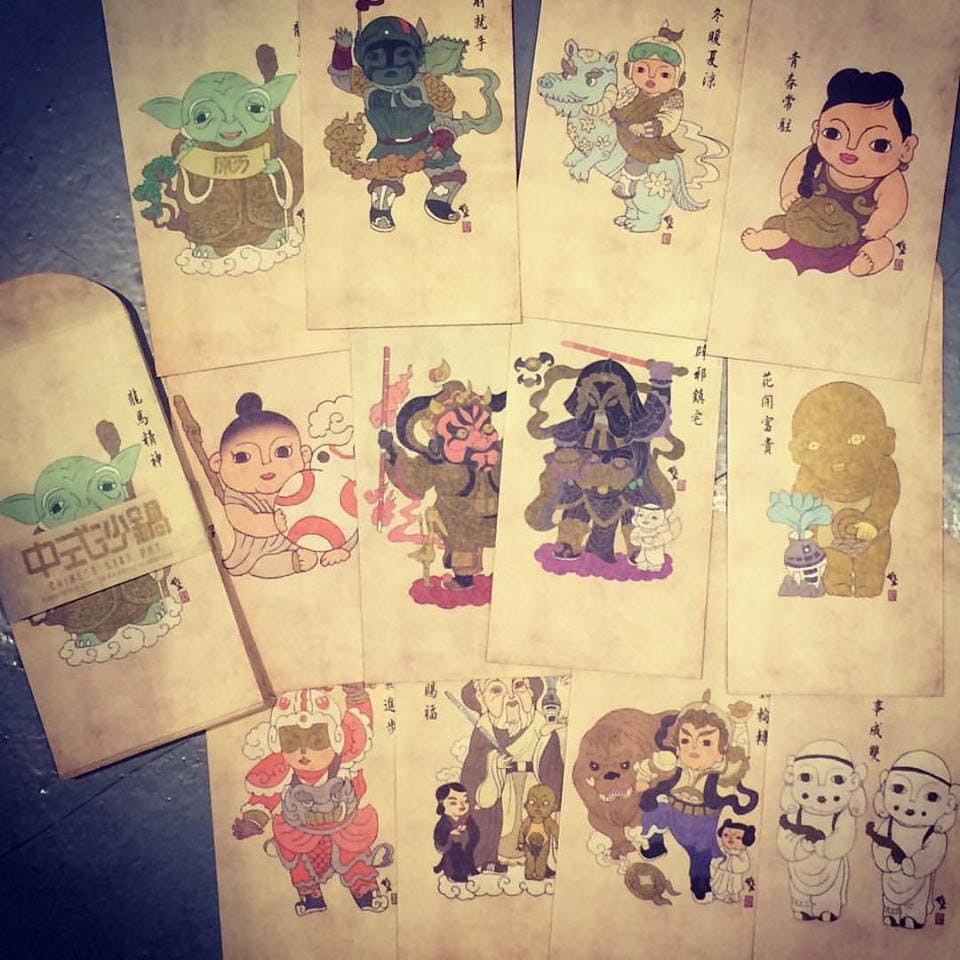 We love the attention to detail in Tik Ka’s fanart, creating drastically different redesigns that still feel true to each character. For example, this version of Loki and Thor? Oddly perfect. 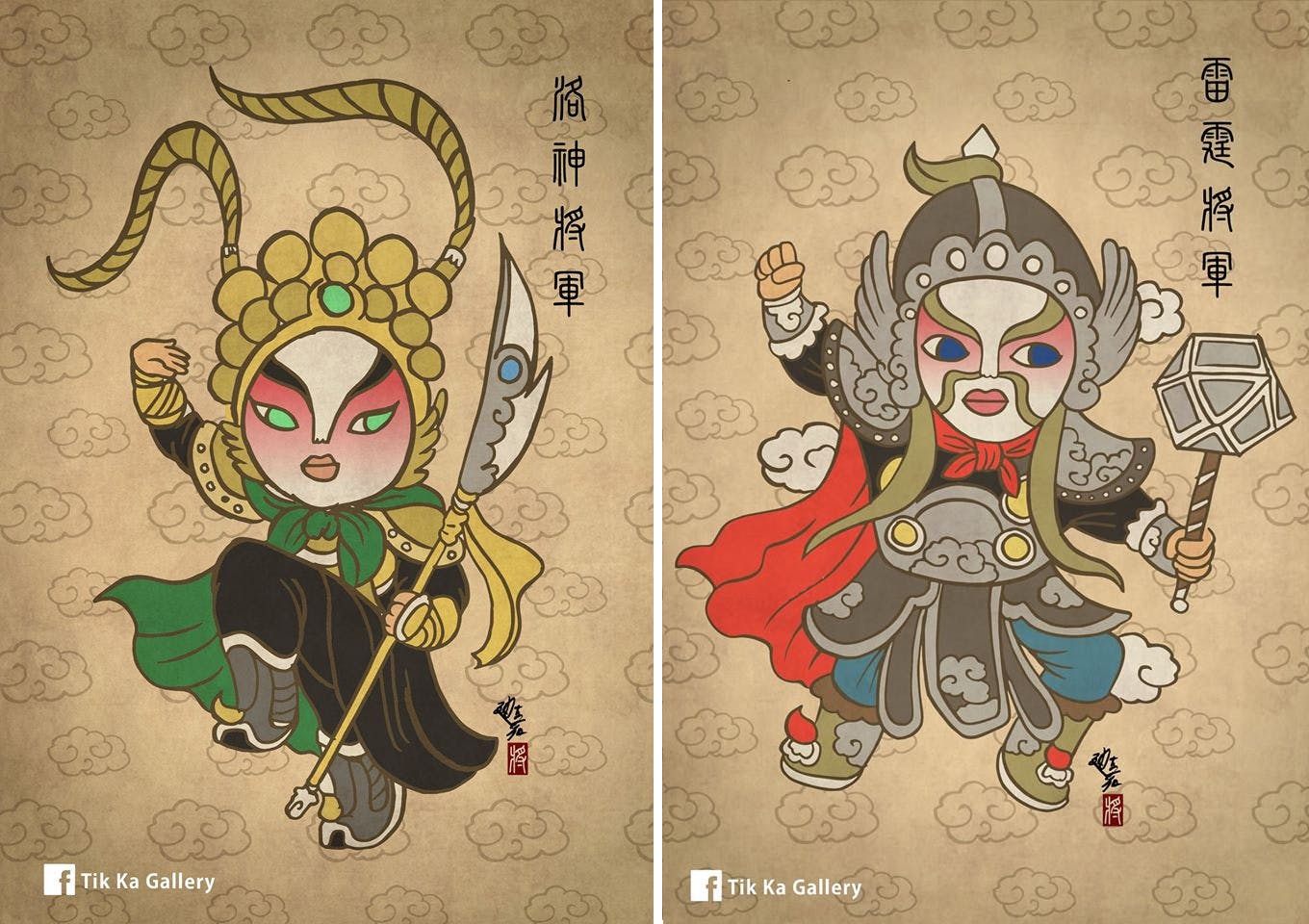