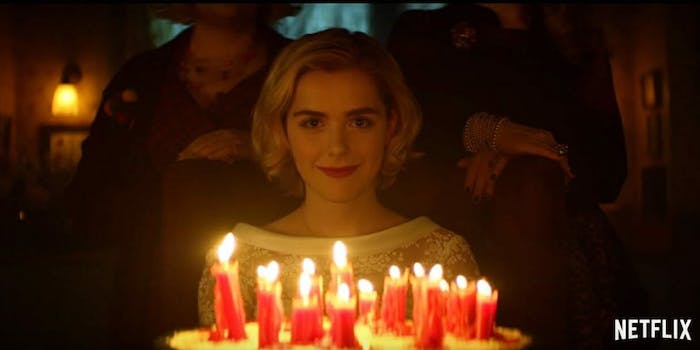 It's more than just a 'Sabrina the Teenage Witch' reboot.

The first trailer for Netflix‘s Chilling Adventures of Sabrina is here, and it rules.

Unlike the children’s sitcom tone of the beloved 1990s Sabrina the Teenage Witch, this Sabrina looks pretty dark. However, you shouldn’t mistake this for another unnecessarily gritty reboot. Adapted from the original Chilling Adventures of Sabrina comics (an Archie spinoff), this is a teen horror drama with plenty of occult imagery.

Season 1 arrives on Netflix on Oct. 26, just in time for Halloween.