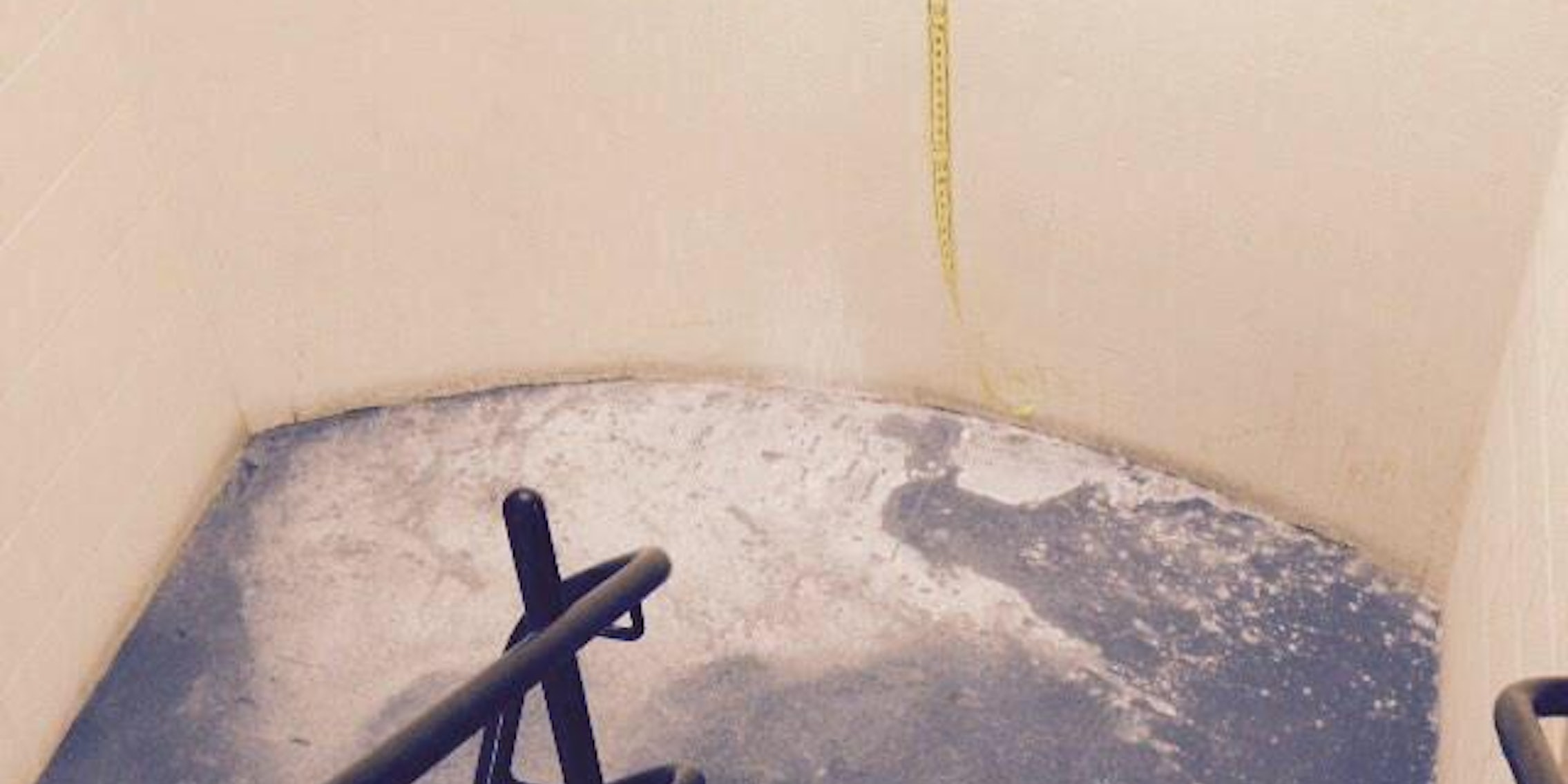 Authorities believe the release of chlorine gas at a packed hotel Saturday night was "intentional."

Nineteen people were hospitalized Sunday after a three-alarm chemical agent caused thousands of people to be evacuated from a Chicago Hyatt hotel. The incident launched a criminal investigation into a possible deliberate chemical attack.

The predilections of the furries who gathered at the Midwest FurFest over the weekend may have made them the target for what police believe was possibly a deliberate chemical attack.

Around 12:40 am on Sunday, an unknown suspect released a jar of chlorine powder in a stairwell on the ninth floor of the Hyatt Regency O’Hare, located in the Chicago suburb of Rosemont, Ill. The chemical powder emitted a noxious gas that spread throughout the hotel and affected dozens of people. After three separate hotel alarms went off, staff evacuated thousands of guests, including some attendees at the furry convention who found out about the evacuation from texts from friends.

Some of the guests, which included about 4,600 FurFest attendees, were temporarily sheltered at a neighboring convention center which was hosting a dog show. Of the 19 people treated for nausea and dizziness related to the attack, 18 had been discharged as of Sunday morning. Emergency workers decontaminated the hotel over a four-hour period, after which guests were allowed back inside. For the FurFest attendees, that meant the party was back on, not that it had ever stopped.

THIS IS THE BEST CON OF MY LIFE #MWFF https://t.co/4m9tBUyv9g

Furry culture involves enthusiasts expressing their desire for kinship with anthropomorphized animals, often through dressing in “fursuits,” or animal costumes.

Though this is generally a deeply imaginative pastime, furries have long been one of the most maligned among the spectrum of geek subcultures. As a result, furry subculture is deeply secretive and protective of itself. Stereotypes about furry culture persist, which can sometimes make it dangerous for furries to be “out” at their jobs or other conservative environments. For furries, conventions like FurFest aren’t just entertaining ways to pass the weekend—they’re one of the few ways to connect with like-minded friends in a safe real-life space.

But anonymity wasn’t on the cards for FurFest this weekend, as the convention made national headlines.

If a lot of you knew you were going to be on CNN, Reuters, in tomorrow's paper and on local news, you would have kept your heads on!XD #MWFF

According to the Rosemont Public Safety Department, the way the canister of powder was released into the hotel “suggests an intentional act” that it is treating as criminal. The FurFest official statement was cheerful, thanking the community and first responders for their handling of the situation and promising that “the fun, friendship, and good times of Midwest FurFest 2014” would “overshadow last night’s unfortunate incident.”

But a possible chemical attack leaked deliberately into a large hotel has certain implications, and social media wasn’t afraid to make them, albeit occasionally with tongue in cheek:

@bucktowntiger Did they mention #MWFF like it was some warzone to escape or compare it to DashCon? That's not right.

As amusing as it might be to imagine con-goers invading each other, or attendees at the hapless DashCon masterminding an evil terrorist plot, in reality the incident was a serious safety issue, especially if deliberate, and it could have alarming implications for fans from all walks of fandom.

After all, if a potentially deadly chemical gas can be released at a mid-sized convention of furry fandom, then the same thing could happen at San Diego Comic-Con—and the consequences could be much greater.