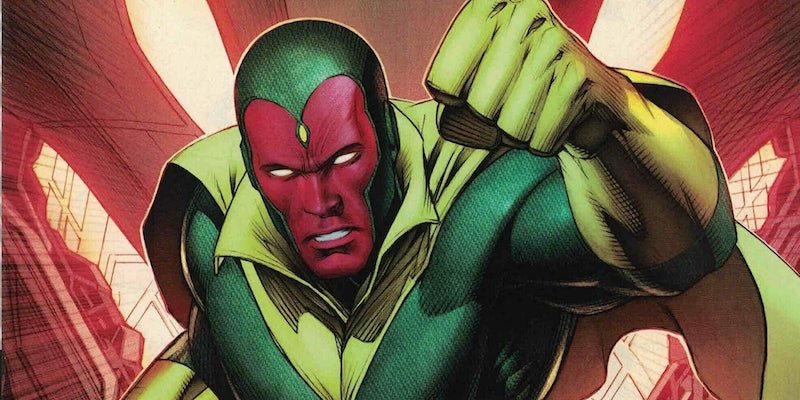 Marvel just canceled its new Vision comic months before its release date, provoking outcry from fans. This may also mark the end of Marvel‘s relationship with writer Chelsea Cain, after she tweeted that the publisher told her to stay “clean and quiet” about her book’s untimely cancellation.

Why comics get canceled before release

Pre-release cancellations aren’t a new phenomenon, but they never get any less frustrating. The usual reason is low pre-orders from comic book stores, which govern Marvel’s prediction of how well a comic will sell overall. Unfortunately, this metric doesn’t reflect reality. Pre-orders are shaped by readers who buy monthly issues from brick-and-mortar stores, and order comics months in advance. In other words, hardcore fans.

Most readers either don’t know the system or find it inaccessible. For instance, women who feel uncomfortable going into their local store, or new readers who find digital comics more convenient. This means that while splashy “event comics” and A-list superheroes rule the monthly sales charts, titles like Ms. Marvel often become bestsellers once the collected volume comes out. It’s completely possible for a comic to get canceled due to “low sales,” only for it to sell like hotcakes six months later because it appeals to the wrong kind of fans.

This is especially relevant for Vision writer Chelsea Cain, who already experienced this situation before. A successful novelist in her own right, she was hired to write Marvel’s Mockingbird in 2016. The series got canceled after eight issues, and adding insult to injury, Cain faced misogynist harassment for the final issue’s feminist cover art (drawn by Joelle Jones). Mockingbird then reached #1 on Amazon’s superhero comics chart. Even after Mockingbird was nominated for two Eisner Awards, its creators still didn’t receive support from their publisher. Marvel didn’t share Cain’s contact details with the Eisner organizers or tell Cain how to attend the ceremony or get a Comic-Con pro pass, leaving her to ask her Twitter followers for help. Marvel expected insider knowledge from a newcomer to the industry, just like how the pre-order system expects insider knowledge from new readers.

With that in mind, you’d expect Marvel to think twice before canceling Cain’s next comic. Apparently not. Announced at Comic-Con this year, The Vision is a sequel to Marvel’s 2016 hit of the same name. Cain worked on the series with artist Aud Koch and co-writer Marc Mohan, and it was meant to last for six issues. Instead, it got canceled two months before release, with four issues completed behind the scenes. According to The Hollywood Reporter, the decision “came down to a shift in long-term publishing plans for both the superhero Vision and his daughter, Viv.”

Given that The Vision was announced just seven weeks ago, this is an odd reason for cancellation. But whatever the explanation, it’s a bad look for Marvel. Expressing pride for the first four issues and praising her editor Wil Moss, Cain tweeted that Marvel told her to keep the cancellation “clean and quiet.”

.@Marvel asked me to keep this "clean and quiet" because apparently they've never met me. HI, GUYS, I'M THE ONE WHO'S THE PAIN IN THE ASS. REMEMBER ME NOW?

I want you to know that I am being truthful and transparent because most comic book freelancers can’t be. I am loud, for all of them.

That second tweet makes an important point. As an established novelist, Cain has the power to criticize Marvel without tanking her career. An up-and-coming creator wouldn’t have the same freedom.

The cancellation of Mockingbird and Vision ties into Marvel’s struggle to recruit women and people of color. In recent years, the publisher diversified its creative pool by hiring creators who didn’t follow a traditional route into comics. The reason for this is obvious: the “traditional route” repopulates a decades-old boys’ club of white male creatives, while everyone else falls by the wayside. Even those who do break the glass ceiling still have to contend with sexual harassment and bigotry from powerful figures in the industry.

From then on, there’s a kind of sink-or-swim attitude toward these new creators. Some titles, like Black Panther, are high-profile enough to warrant a publicity push, but many are left to flounder—and therefore risk early cancellation, because new readers aren’t familiar with the pre-order system. Combine this with the danger of Comicsgate-style harassment, and you don’t have a welcoming environment to retain new talent. The end result is that women and minority creators can thrive at Marvel if they already have a successful career elsewhere—for instance Black Panther‘s Ta-Nehisi Coates, or Runaways’ Rainbow Rowell—but it’s by no means a sure thing, and it’s much harder for true newcomers to break in.

Update 11:30am CT, Sept. 17: Speaking to Entertainment Weekly, Chelsea Cain said that she and Marc Mohan had been working on the comic since 2016, making the cancellation even more of a last-minute decision than many fans imagined. The first script was submitted in December 2017. Meanwhile, artist Aud Koch tweeted that she had “no hard feelings” toward the publisher, saying she’d been “paid fair and square.”

Cain also highlighted the difficulty of working for Marvel and DC, pointing out that writers and artists are freelancers with few workplace protections: “Maybe some of them have exclusive contracts, which means that they get a little bit more money per page, and absolutely no benefits or protections, plus they don’t get to work for anyone else—but basically, every comic you pick up has been made by someone without health insurance.” She described the industry as “a class action lawsuit waiting to happen,” while remaining complimentary toward the editor and artists she worked with directly at Marvel.