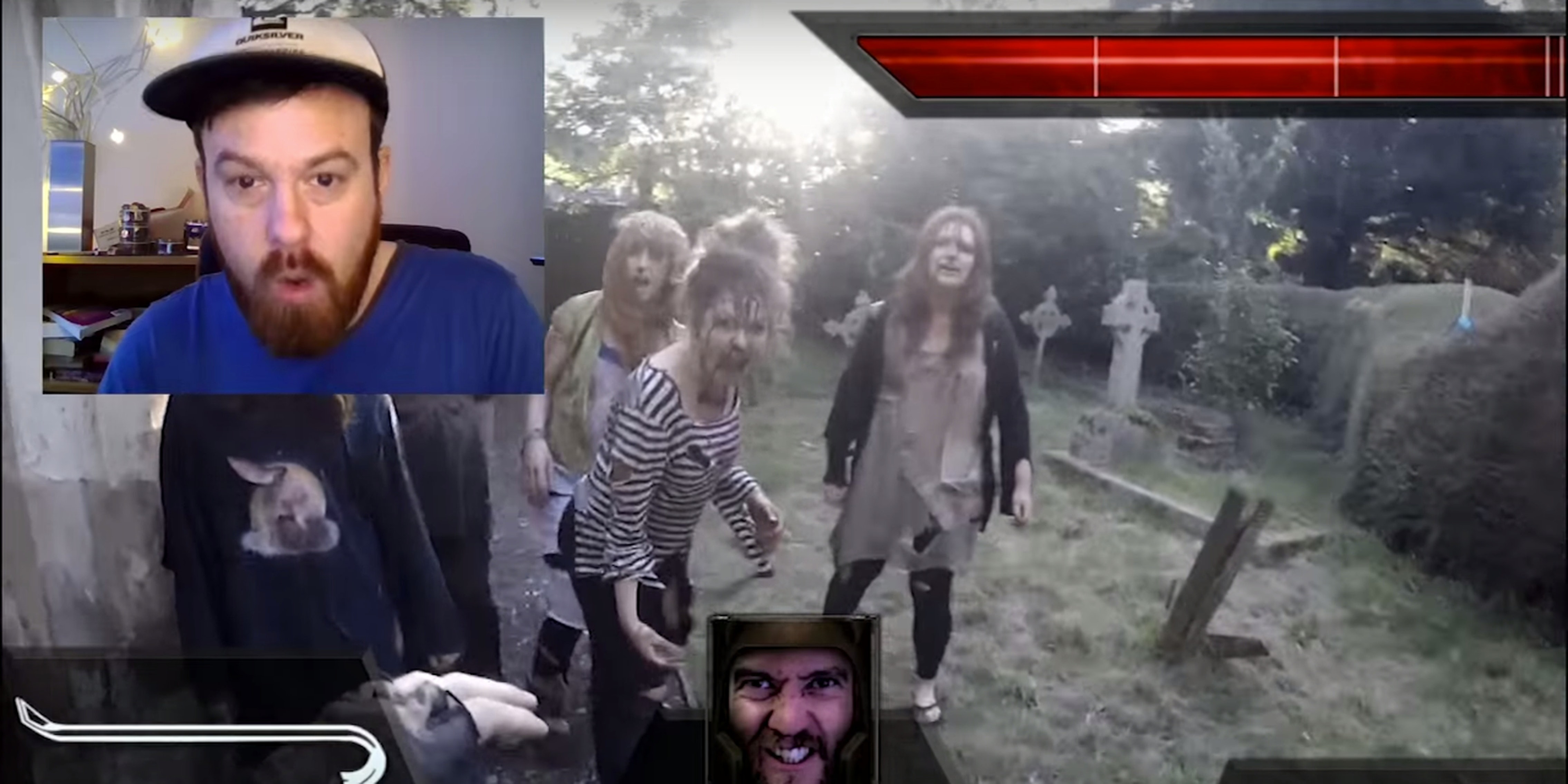 Some creative geniuses turned Chatroulette into a first-person shooter

This is unlike anything you've ever seen on Chatroulette.

Every time you open up Chatroulette, you run the risk of seeing something gross. But some Chatroulette users recently won the Internet jackpot when they ended up in the middle of a first-person shooter.

Over the course of a weekend, RealmPictures got about 30 people together to plan and act out a first-person shooter game for anyone who engaged with them on Chatroulette. While many people skipped their stream, the people who stayed long enough were given the thrill of a lifetime.

The impromptu FPS was a survival game in the realm of Resident Evil. Players were thrust into the middle of an apocalypse and had to slowly advance through each stage without getting attacked. If they were unlucky, they encountered a mystical creature that could harm their player’s health just by looking at them. Those who advanced to the next level got to see the people who made it happen—and some of them really got into it.

And if that isn’t impressive enough, they even showed everyone just how they did it.

So did the game designers get lucky enough to avoid their own penis encounter? Of course not—this is Chatroulette we’re talking about.