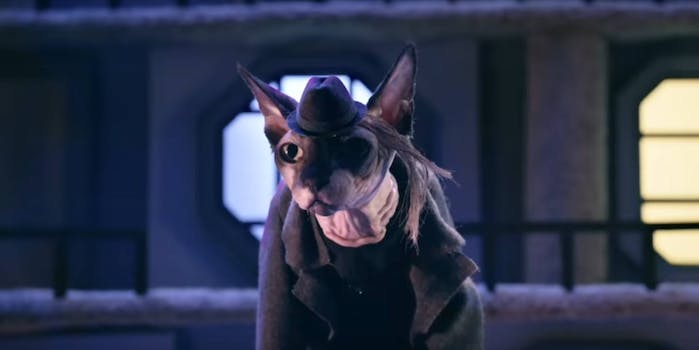 Let these adorable creatures simplify the Syfy series for you.

The Expanse was among our favorite sci-fi TV series last year, a space opera that falls somewhere between Battlestar Galactica, Star Trek: Deep Space Nine, and a hardboiled detective novel.

With season 2 on its way, it’s time for a reminder of what happened in season 1. The plot was pretty convoluted, but luckily Syfy has posted a recap of the basic elements.

And that recap is performed by a team of cats.

The Expanse returns on Feb. 1.