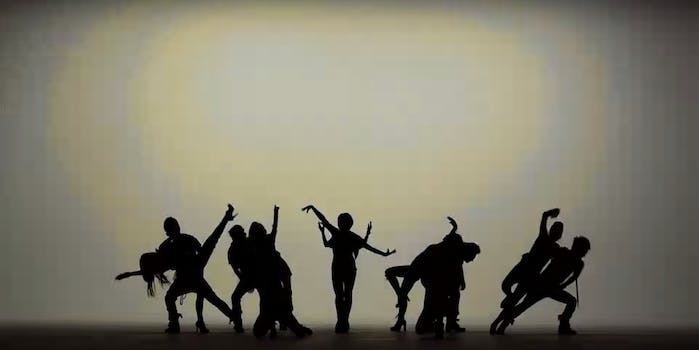 The 11 most punishingly catchy K-pop songs ever

Korean netizens have chosen one song as the catchiest in the land. But is it worthy of the crown?

The people of Korea have spoken, and the most addictive song in K-pop is… “Gee.” No, wait, sorry, “Fantastic, Baby.” Oops, still wrong. It’s…

OK, this boy band hit isn’t as known to global fans of the genre as songs from bigger names like Girls’ Generation or Exo. But according to Koreaboo, the fans have declared the 2008 dance number their genre fave. Or at least its most addicting to date.

The song famously made an appearance in the hit K-drama Boys Over Flowers, which also starred band member Kim Hyun-joong. It’s definitely catchy, no arguing that.

Still, we can’t help thinking there are plenty of other K-pop songs that could give SS501 a run for their money in the quest to earworm each of our brains. Here’s a list of our own alternate choices for most addictive K-pop tune.

Catchy is DBSK’s calling card, and this song is notorious for, er, getting under our skins.

Sometimes it’s hard to believe Teen Top has only been around since 2010. This bouncy hit feels like it’s been stuck in our heads all our lives.

Miss A has been on our list of favorite acts since the moment they debuted with this song, a killer combination of iconic dance moves, sass, and girl power. You’ll be singing this song for days even if you don’t know the words.

What’s that? You want raw-edged, still-singable melodies with your girl band-crafted hip-hop? This song, the debut single of this perennially beloved band, still delivers the goods years later.

It’s a hipster move not to put this song at No. 1, given its fame as one of the first big K-pop hits to go global. A major early viral hit of Hallyu, the Korean “wave” of pop culture, “Gee” turned SNSD into a household name across Asia and solidified their place as international legends. All this from a song that contains the essence of K-pop’s baseline appeal: cute and fun, with quintessential dance moves, and above all, addictively catchy music.

Nobody in K-pop does anthemic pop quite like 2NE1, a band that arguably could have filled this whole list by themselves. When this song kicks up the bass, it’s so good, good.

This laidback song is a more soulful standout from the rest of this list, but it’s no less addictive for it. This combo isn’t a standalone group, but rather a temporary pairing between popular solo singer Lee Hi and Lee Suhyun, the sisterly half of the sibling duo Akdong Musician. The resulting pairup is so incessantly cute it’d be insufferable if the song weren’t top notch, and these two weren’t so adorable. This song debuted at No. 1 in November, and has been stuck in our hearts ever since.

Now this is what a K-pop hit sounds like. This is hypnotically addictive even with the minute-long talk show breakdown in the middle, in which the band facetiously explains the concept for the music video they’re in to an imaginary audience. Did we mention this video was produced by band member Zico? Personality and singability make this song one of our all-time faves.

Is “Abracadabra” the best Korean music video ever made? All signs point to yes. This is the song that gave us the “Arrogant Dance,” a move so iconic Psy parodied it in his video for “Gentleman.” Even more, it gave us the gold standard for excellence in K-pop: a synthesis of perfection in music, choreography, design, and concept. This song just missed out on the top spot as the catchiest in the land, but it’s the top in every other way.

Welcome to the K-pop secret that will eat you alive: raucous melodies centered around the repetition of the same repeated note, over and over and over again. Sorry not sorry for putting this song in your head.

Take the thing about one note repeated over and over and multiply it by 1,000. Shinee made a pact with the devil for this song, but we don’t care because it’s just that good.

As a bonus, since we know you were looking for it, here’s the “Boom Shakalaka” line from “Fantastic Baby“—repeated for 10 minutes straight, because sometimes that’s what you need in your life.

Each of these numbers has gotten stuck in our heads for weeks at a time.

Can you find anything catchier?

Correction: Teen Top has been around since 2010.