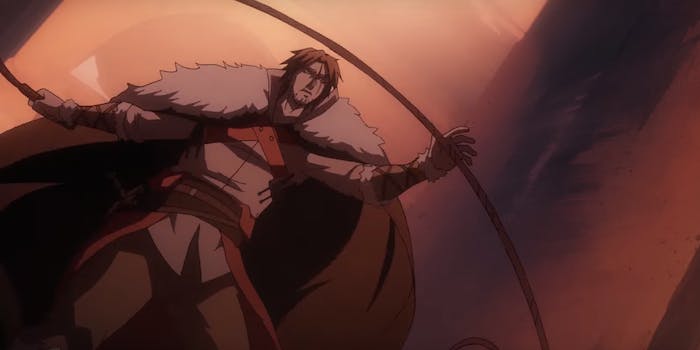 Written by comic book legend Warren Ellis, this looks like a treat for 'Castlevania' fans.

The teaser for Netflix‘s Castlevania series is a blast from the past, opening with a vintage Nintendo cartridge from the original 1980s video game.

The show was produced by Adi Shankar, best known for viral fan films like The Punisher: Dirty Laundry and Power/Rangers. (In other words, he’s got some serious geek cred.) It consists of four 30-minute episodes, all written by comic book author Warren Ellis. Inspired by the video game franchise, it stars vampire hunter Simon Belmont, armed with his trusty whip. It looks as gothic as you’d hope.

Castlevania arrives on Netflix on July 7.