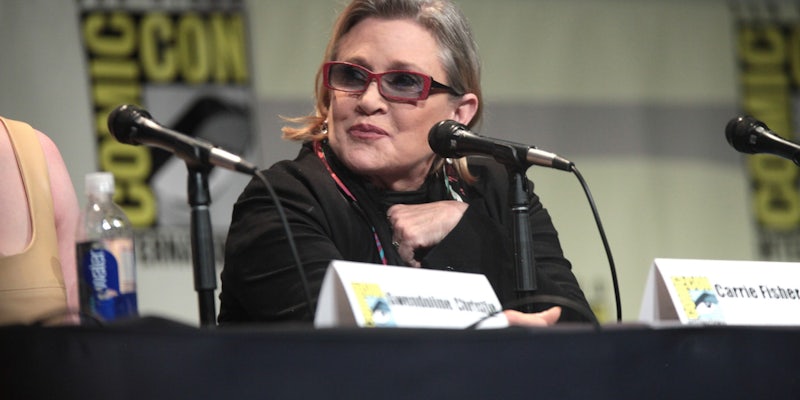 This is what we know now.

Carrie is in stable condition.If there is a change,we will share it. For all her fans & friends. I thank you for your prayers & good wishes. pic.twitter.com/isXJqqFEB6

Fisher, one of the stars of the Star Wars series, reportedly went into cardiac arrest on a flight Friday from London to Los Angeles and had to be given CPR on the plane. She was taken to UCLA Medical Center where she reportedly was placed on a ventilator.

On Saturday, her co-star, Harrison Ford, sent out this statement.

I'm shocked and saddened to hear the news about my dear friend @carrieffisher. Our thoughts are with Carrie, her family and friends.