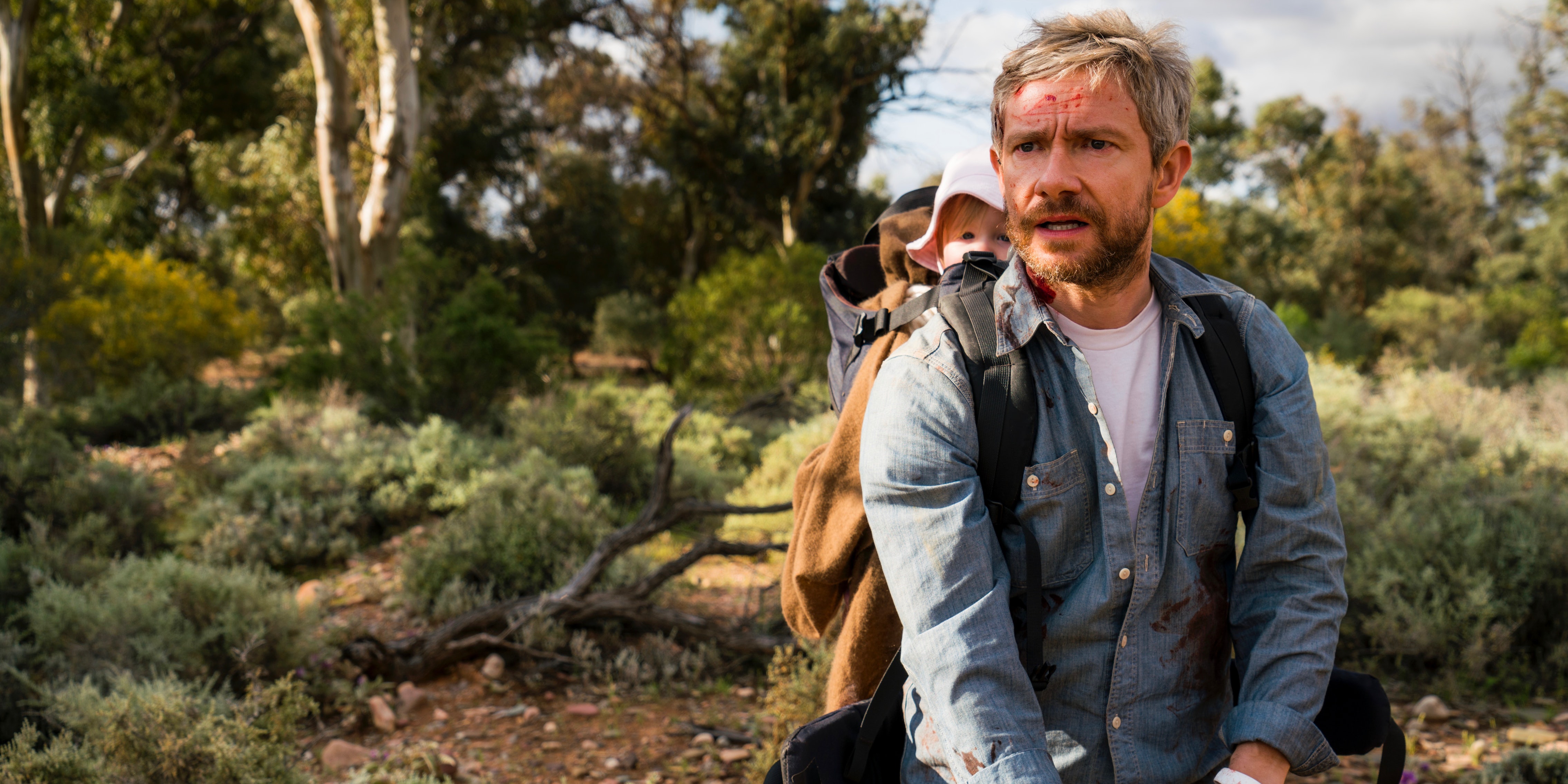 Cargo takes you into the outskirts of a zombie apocalypse as marked with isolation as it is with the presence of the living and the undead. And while some of the characterizations are thin at times, it tells a compelling story complete with the highs and lows of humanity at the end of the world.

Zombie stories, whether or not they call themselves such, often tend to fall onto a couple of paths: They focus on the initial outbreak or pandemic as the protagonists fight for survival, or they’re more interested in what happens after as people adjust to a bleaker world or find something even worse than the zombies. Cargo, which was adapted from co-directors Yolanda Ramke and Ben Howling’s 2013 short film, falls into the latter category with the backdrop of the Australian Outback and more expansive worldbuilding.

In this version of the apocalypse, an unspecified pandemic has overtaken the world, one where anyone who’s been infected has up to 48 hours before they turn (with a recognizable set of worsening symptoms). Government-issue “first aid kits” include a smartwatch to keep track of how much time you have left and springing needle with one very specific purpose for those who have been bitten. When we meet Andy (Martin Freeman), his wife Kay (Susie Porter), and their young daughter Rosie, they’re drifting down a river in a boat that doubles as their home and scavenging abandoned boats—or risk traveling by land—for food and supplies.

Contact with other people is a rarity, one handled with a certain level of mistrust. Early on, Andy views a party on the riverbank from his boat, but when Andy locks eyes with the father, the man takes out his gun as a warning. Even the zombies are scarce at first as the anticipation of seeing what happens to a human after they reawaken grows.

Meeting people in-person is much more dangerous—and that’s what Andy finds himself being forced to do after Kay is bitten, turns, and bites him while they’re trapped inside of a car. And for Andy, the clock starts ticking: He has only 48 hours to find someone to take care of his daughter before he turns as well. With information scarce, hope flickers off and on as Andy encounters multiple strangers along the way, including a young Aboriginal girl named Thoomi (Simone Landers) and a man named Vic (Anthony Hayes) who gives him temporary shelter.

Cargo is far from the first zombie story to do it—TV’s The Walking Dead is just one example—but it quickly becomes evident that zombies are far from the most dangerous force in this world. While one person may offer Andy and Rosie a helping hand where they can, another will quickly take it away if Andy pushes back. And through it all, Andy is something of a passive character until the moment he isn’t. He’s a bystander who watches one man use other human beings as bait and excuse it with racist rhetoric, and—although he might be horrified by what he sees—does nothing at first. Andy isn’t really equipped to live in this world, and it’s almost a wonder he’s survived this long. He often does what he must to move forward (and nothing more).

Thoomi, who has a different view of the undead than many, holds to her convictions even after being faced with the worst of what this world has to offer. She still aids Andy and Rosie when they desperately need it. Without a soul, she says, people can become monsters, something that doesn’t necessarily coincide with death: The living can be monsters and the undead—even while harmful—may not be as monstrous as you think.

Some of the film’s supporting characters, however, aren’t fleshed out very well. Vic, who shoots the undead for sport and keeps a woman captive in his home, quickly turns into a caricature. Kay, whose death is previewed in Cargo’s trailer, is a motivating force for Andy for much of the movie but is never really developed outside of her relationship with him and Rosie. The Aboriginal tribe that Thoomi is part of is shown as being more adept at handling the outbreak than others in Australia. One of its members believes that his prayers brought on the apocalypse they’re facing, but the depiction may teeter toward stereotype.

It takes some time for Cargo to find its heart, but once it does it grips you. Its end is devastating and as inevitable as the bite Andy has on him suggests, but it’s also one with hope. Andy might be doomed and there may be no end to the pandemic in sight, but when others come together and help one another, it could all work out for those who live on.

Cargo is screening at the Tribeca Film Festival and will premiere on Netflix May 18.