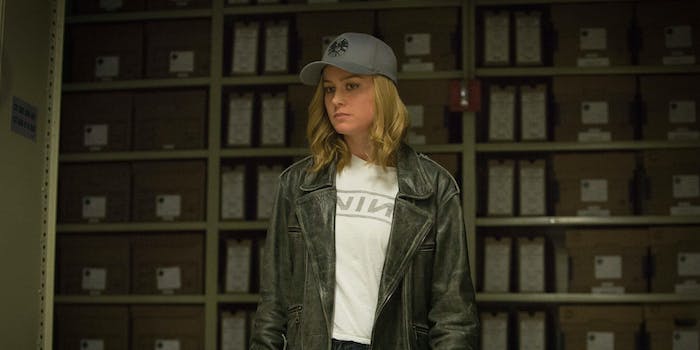 ‘Captain Marvel 2’ movie in the works with new screenwriter

The original directors and screenwriter will not be involved.

We all knew that Captain Marvel would get a sequel, but it’s now officially in the works. It’s moving ahead with a totally different creative team, however.

The first Captain Marvel movie was directed by Anna Boden and Ryan Fleck, with a script credited to the directors and Geneva Robertson-Dworet, working on an earlier draft by Meg LeFauve and Guardians of the Galaxy scribe Nicole Perlman. None of them are involved with the sequel. According to The Hollywood Reporter, Captain Marvel 2 is being written by Megan McDonnell, and the search is on for a new director.

Megan McDonnell’s only current credit is for co-directing a 2016 short film called Meet Cute, but she’s also a staff writer on the Disney+ show WandaVision, so she must have impressed Marvel Studios while working there. Meanwhile, directors Anna Boden and Ryan Fleck may be moving in the other direction, with THR reporting they’re still connected to Marvel, potentially in line to direct one of the Disney+ series.

The studio is hoping to find a female director for the Captain Marvel sequel, following an intensive recruitment drive for other Marvel projects over the past couple of years. In 2020, all four of the major DC and Marvel movie releases will be directed by women.

Captain Marvel 2 is expected to come out in 2022, and unlike the first film (which took place in the 1990s), it will be set in the present day. However, it’s always possible that Brie Larson will make a cameo in one of the other Marvel projects before then.