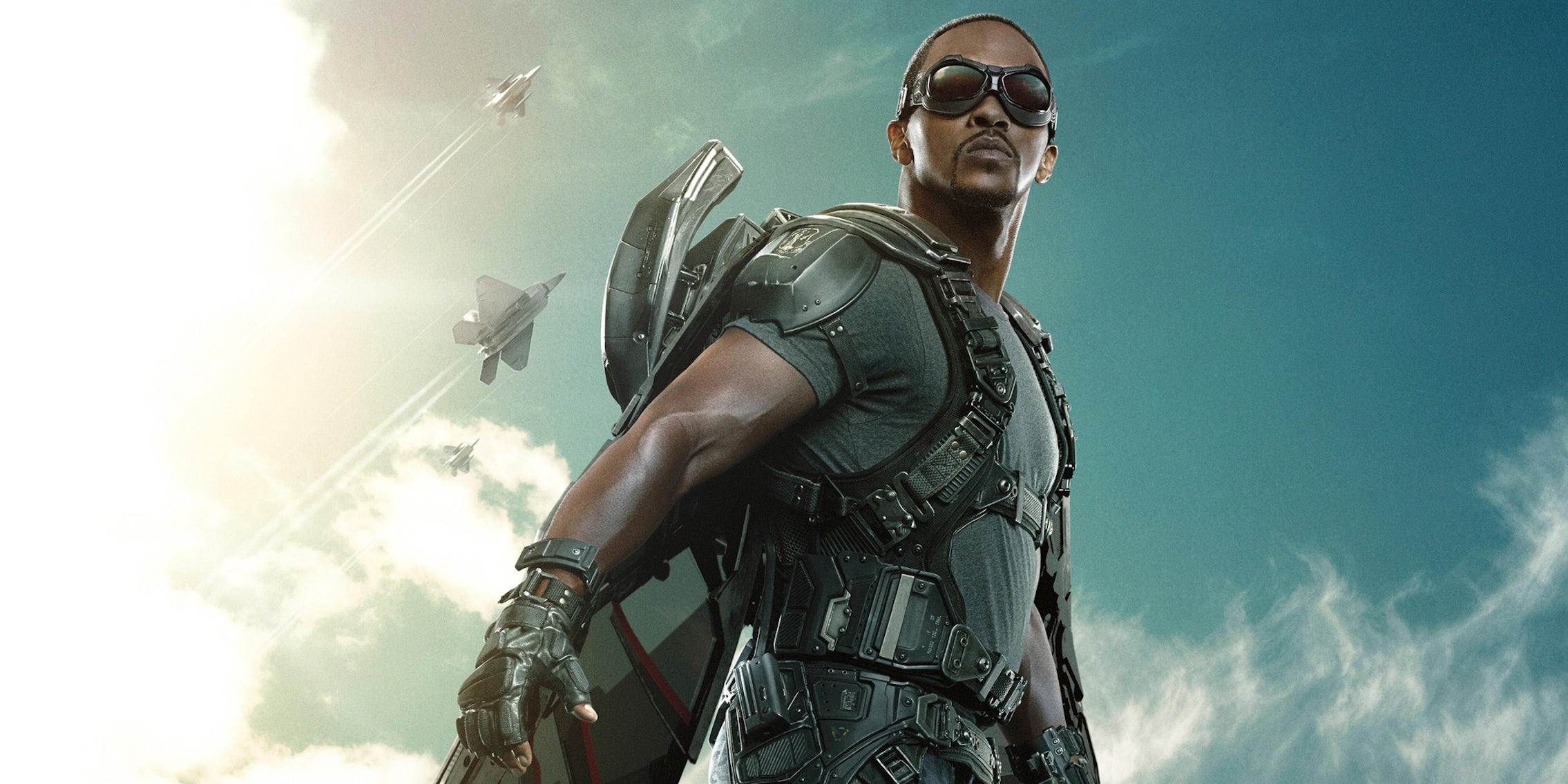 But there are still reasons to be upset.

Thanks to the latest issue of Captain America, comics fans are calling for Marvel writer Rick Remender to be fired. The problem is, the scene that many of those fans are describing did not actually happen.

Shortly after Captain America #22 came out on Wednesday, social media began to light up with calls for Remender to be fired, shocked by a scene where beloved superhero Falcon (Sam Wilson) had drunken sex with a 14-year-old girl. Except, if you read the comic, there’s a flashback panel where the female character, Jet Zola, clearly refers to her 23rd birthday. 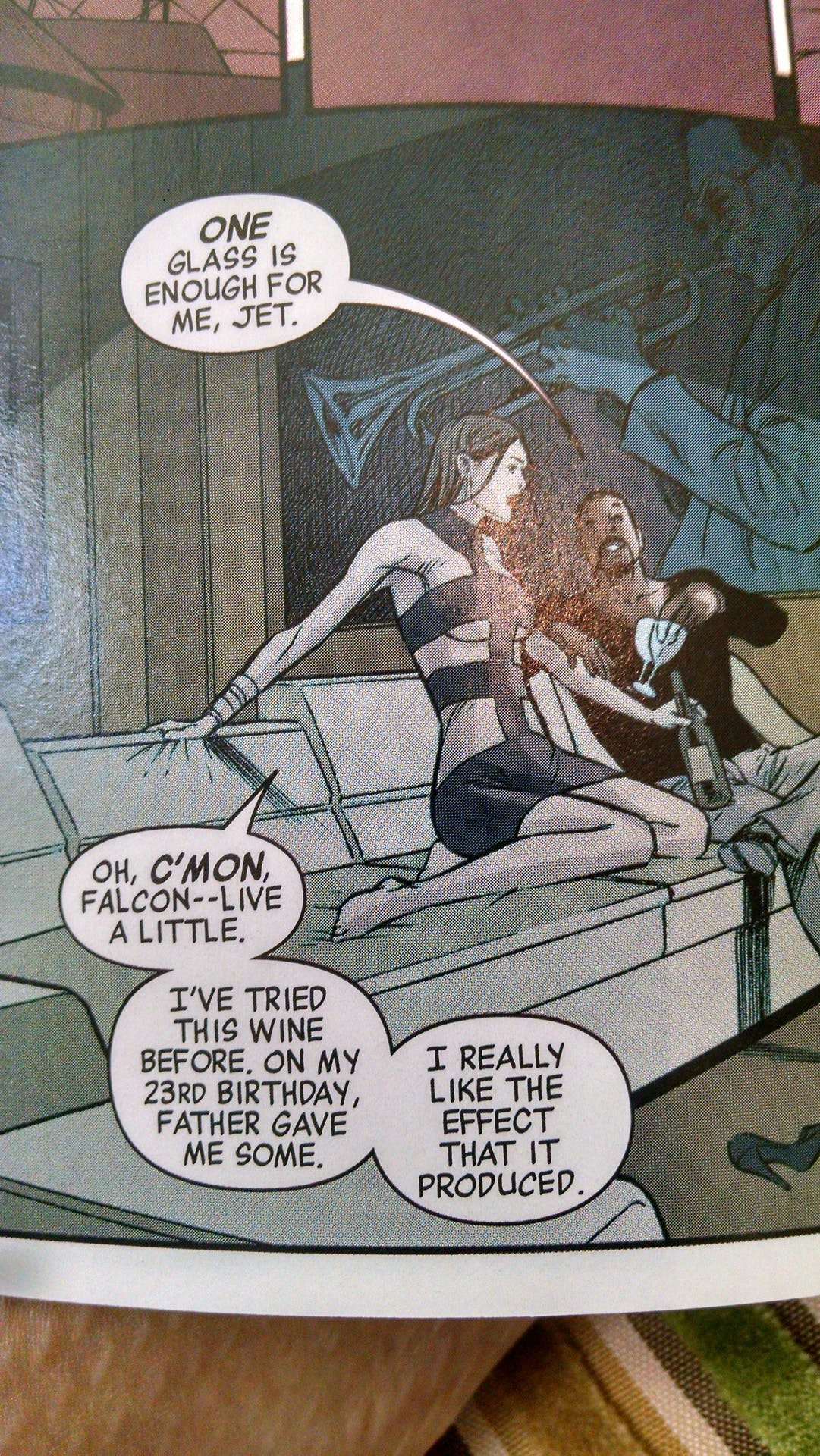 On Tumblr, a post by blogger caughtinanocean gained over 1,200 notes overnight, reading, “I thought it was gross enough that [Jet Zola] was a fourteen-year-old girl who was drawn for T&A purposes. I thought that was as gross as it was going to get. As it turns out, I was being terribly optimistic. Because of that shitstain, and his worthless blight on the face of Cap’s history of a run, Sam Wilson—one of the kindest, most loyal, moral, and good characters in 616—is now a rapist.”

The post calls for readers to email Marvel and complain about the comic, a sentiment shared by many fans on Twitter.

friendly reminder that Rick Remender is the Moffat of Marvel comics and shouldn’t be trusted! #firerickremender

I’d never openly say this but @Marvel it’s high time you got rid of Remender, his writing is openly damaging the brand now.

This confusion seems to be a result of Jet’s age being very ambiguous throughout the series. Most people interpreted her as being in her early teens, due to the fact that she and her brother Ian were both young children at the beginning of Remender’s Captain America run back in 2012.

Both Zola siblings have aged unusually fast due to being raised in another dimension (thanks, superhero comics!), so Jet was a teenage girl for most of her recent appearances. As a result, the revelation that she is suddenly 23 came as something of a surprise. Plus, like many teenage girls in superhero comics, her appearance and costume were already drawn to look very “adult,” which only served to muddy the waters even further.

@marvel yo i am UNIMPRESSED with remendner’s cap #22. when did the 14 year old age 9 years? really creepy way to have a char lose virginity.

@marvel that is to say it kinda smacks of date rape. she was 14 before. even if she is suddenly now 23 it was inappropriate and gross.

This negative reaction to the Jet/Sam sex scene was likely exacerbated by earlier events during Remender’s Captain America. Last year, he killed off long-running character Sharon Carter. And even back when Jet was canonically a young teenager, one of her superpowers relied on her wearing skimpy outfits: the ability to read the future through her bare skin. This, combined with other controversies including allegedly tweeting that readers should kill themselves if they disagreed with his interpretation of racial oppression metaphors in X-Men, has made fans wary of his general attitude.

The rapid spread of Remender-related freakouts is evidence of Tumblr and Twitter fandom’s habit of reacting disproportionately without checking all the facts. However, it would be unfair to paint all of these critics as reactionary trolls.

Even acknowledging Jet’s unexpected announcement that she is now 23, many readers are uncomfortable with the idea that a young teenage girl was written with a power that required her to dress in a bikini half the time, only to age by almost a decade when it was time to drunkenly lose her virginity to a guy in his thirties. Instead of being a throwaway moment in Marvel’s ever-changing soap opera of character relationships, the Jet/Sam sex scene was complicated by issues of consent.

But officer, she said she was 23! @marvel #firerickremender

have statutory in your stories? it’s ok if you make a throwaway line aging her up 9 yrs despite previous evidence @marvel #firerickremender

Some readers are also commenting on the potentially racist subtext of putting Sam Wilson in a situation where consent was (perhaps unintentionally) so ambiguous. As one of Marvel’s most iconic African American heroes, Sam Wilson inspires an understandable protective instinct among fans who don’t want to see their favorite superhero acting out of character. And whether or not you agree that Jet Zola’s sudden switch from teenager to adult is creepy, having a drunken one-night-stand with her is not a typical move for the Sam Wilson that Marvel fans know and love.

At the moment, fan reactions to Captain America #22 are still dominated by misinformation and confusion (Jet Zola is a child; Sam Wilson is now a rapist), but the underlying issue comes across as a growing dissatisfaction with Remender’s run of Captain America.

On its own, the Jet/Sam sex scene would have somewhat controversial. But in the context of Jet’s backstory and previous problematic issues in the comic’s run, this seems more like the last straw that caused fans to start discussing their problems with the comic as a whole.

Rick Remender did not respond to the Daily Dot’s request for comment.