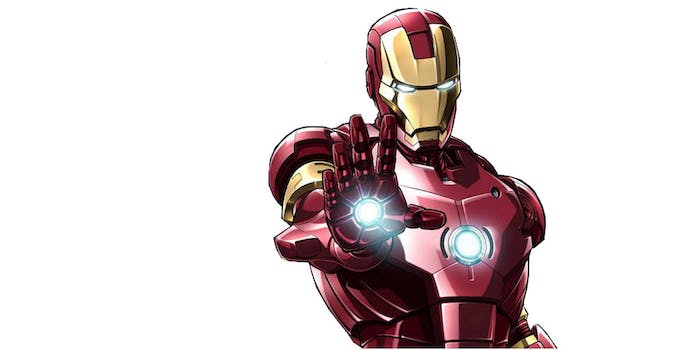 With the release of Captain America: Civil War, Huamani felt inspired to give Marvel fans their due with her latest project. And her form-fitting Captain America dress is perhaps the best way to show her love for her actual favorite Avenger.

When the movie is called Captain America: Civil War, but you're secretly #TeamIronMan #sorrycap#CaptainAmerica pic.twitter.com/AUXZTzhps4

The dress is simply stunning from top to bottom, and it’s a snap to switch from Captain America to Iron Man. It’s one of many projects that Huamani and her cosplay partner Shemayne have been hard at work on this year.

The duo, known as Lemon Drop Cosplay, have set their sights on more than just movies, making waves at the Huntsville Comic & Pop Culture Expo this past weekend. Huamani’s Leliana costume won her Best Female Cosplayer for her stunning portrayal of the iconic Dragon Age bard.

Expect similarly inspired projects as the duo look to attend future events, including Blizzcon in November.