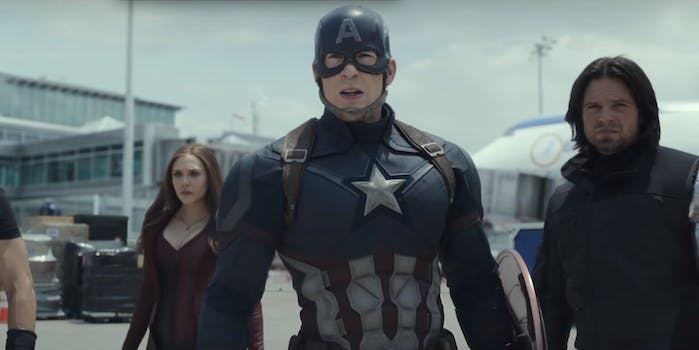 The trailer hits all the right notes and allays the concerns that fans were harboring.

Like Captain America: The Winter Soldier, the film has a dark, serious tone, focusing on the rift between Captain America and Iron Man, as well as Bucky Barnes’ recovery from HYDRA brainwashing. The trailer thankfully allays one of the biggest concerns about this movie: that it might seem overstuffed thanks to the huge ensemble cast.

Civil War includes Ant-Man and half of the Avengers team, plus the first onscreen appearances from Black Panther and the new Spider-Man, but this trailer still puts Cap and Bucky center-stage. Instead of a traditional villain role, Tony Stark is the primary antagonist.

Interestingly, the trailer barely touches on the political aspect of the “Civil War” title—the conflict over superhero registration. But by focusing on the emotional themes that made The Winter Soldier so popular—friendship, loyalty, and betrayal—it makes it very clear that this is still a Captain America movie, rather than the “Avengers 2.5” sequel some fans were worried it might become.