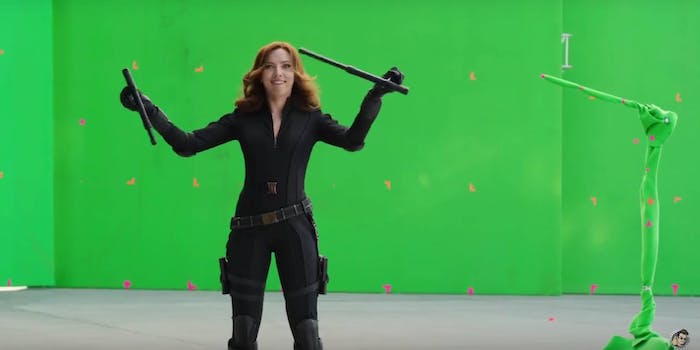 They'll both be included with the home and digital release of 'Captain America: Civil War.'

The Captain America: Civil War blooper reel is upon us, and the feuding sides have come together with a case of the giggles.

The blooper reel is a bit on the shorter side, but there are plenty of line flubs, weapons not spinning correctly, and laughs from the cast as they try to make a giant superhero movie. And while the movie may not reflect it, they can certainly curse up a storm, including Martin Freeman, who’s distracted by Anthony Mackie from saying his own lines.

Marvel also graced us with the highlight of its San Diego Comic-Con panel: Thor: Ragnarok director Taika Waititi’s mockumentary of just what Thor was doing during the events of Civil War will also be a home video and digital extra.

See what Thor was up to during #CaptainAmericaCivilWar! Get this & other bonus on Dig HD 9/2 https://t.co/tWbG2IIs9h pic.twitter.com/M97y6CM1Mg

This once again reminds us that Chris Hemsworth is missing his true Hollywood calling as a comedy star.