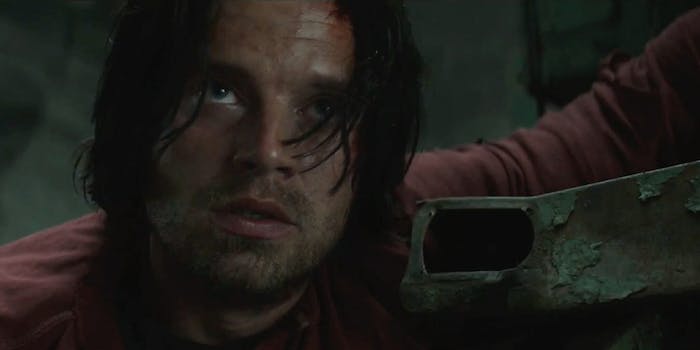 ‘Captain America: Civil War’ is even more emotional with Adele

Bucky had a very good reason for not answering any of your calls, Cap.

Fans are still dissecting the first Captain America: Civil War trailer nearly a week after its release, but adding a little Adele will certainly put things into perspective.

Sure, Captain America and Iron Man will finally face off after more than two Avengers films’ worth of butting heads and snark. Sure, most of the current Marvel gang (plus a few new faces) will get back together in order to make it happen. And sure, Tony Stark might even learn a few things about friendship along the way. But there are bigger things at stake.

Anthony Meadows combined the Civil War trailer with Adele’s megahit “Hello,” and it goes straight to the heart of the love story (albeit maybe not a romantic one) between Steve and Bucky Barnes. It’s just as emotionally effective as that Age of Ultron mashup with Celine Dion. The notes hit the right cadence just as the meaningful glances between Steve and Bucky hit the screen.

Finally, we learn why Bucky never answered the phone: it’s rather difficult to pick up when you’ve spent decades as a brainwashed assassin forced to work for HYDRA.