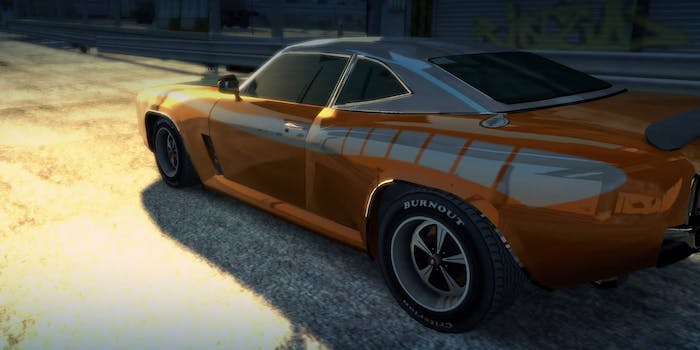 Three Fields Entertainment has confirmed that it will be working on a 'spiritual successor' to Burnout.

Gamers everywhere rejoice, because the founders of Criterion, the team behind the Burnout franchise, are working on its spiritual successor.

Alex Ward and Fiona Sperry left Criterion in 2014 and founded Three Fields Entertainment. In a series of tweets, the studio confirmed that it would be working on a new racing game.

Two things. Our first game is a multiplayer sports game. Coming Spring 2016. Then we make a driving game. RT and #ScreamIfYouWantToGoFaster

What sort of driving game you ask? A spiritual successor. Speed. Traffic. And Crashing. Lots and lots of crashing. #ShinyRedSomething

All day the studio’s Twitter account has been retweeting elated tweets from Burnout fans the world over.

@3FieldsEnt how about a racing game like a little underrated gem called Burnout 3? :P :D

@3FieldsEnt A mix of 3 and Paradise City! I need speed, open world and crashes… lots of crashes… pic.twitter.com/ruK9uiyuvR

Burnout was an arcade driving game series that launched in November 2001 on the PlayStation 2. It was highly successful, leading to multiple sequels and spinoffs. The last Burnout game, Paradise, was an amazing open-world realization of the Burnout formula that has continued to grow over the years with hefty DLC content.

The series has been known for capturing the action-movie thrill of zipping through traffic mere inches from death. But the twist is that it encouraged lunacy. When you would crash, the game would go into slow motion so you could see every bit of your car’s body twist, warp, and ripple. It was very satisfying.

Sadly, Electronic Arts and Criterion have not announced any plans to bring back Burnout itself, leaving fans wanting.

There’s no telling on when we will see this game come to light. Stay tuned for updates on the project as they become available.