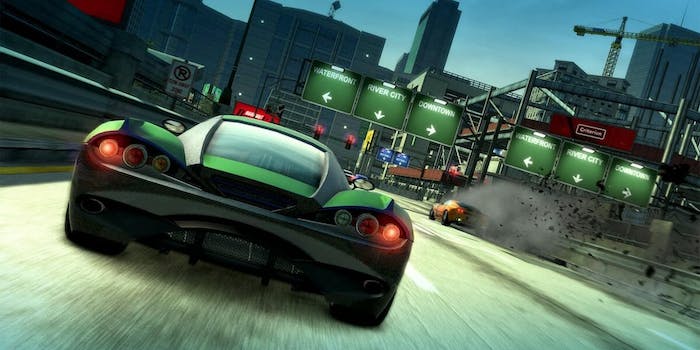 Burnout Paradise Remastered announced for PS4 and Xbox One

Put on your driving gloves. This decade-old classic is getting another life in March.

The beloved open-world racing game Burnout Paradise is coming back. Originally released in 2008, this now-classic racer is heading to PlayStation 4 and Xbox One on March 16 for $40.

Burnout Paradise Remastered will come with almost all of the downloadable content released for the original game. The one exception is the “Time Savers” pack, which unlocked all 150 vehicles. The full soundtrack remains intact, as does support for online races with up to eight players.

As is usual with remasters, the graphics are getting a boost. “We’ve given Burnout Paradise a complete graphics overhaul, with high-resolution textures and a range of technical enhancements,” publisher Electronic Arts says on its website. The game supports 4K resolution on the PS4 Pro and Xbox One X. On the standard versions of the consoles, it displays at 1080p. EA promises all versions will run at 60 frames per second.

EA plans to release a PC version at some point down the line, but it will be exclusive to EA’s Origin store. As for a Nintendo Switch version? EA has nothing to announce at this time.

Xbox One owners can play the original non-remastered edition of Burnout Paradise right now, thanks to backwards compatibility. But if you want the higher-resolution graphics, you’ll need the remastered edition.

When it first came out 10 years ago, Burnout Paradise represented a departure for the series. Previous entries had been arcade-style games based on individual races. And crashing. Lots of crashing. Paradise offered an open-world racing experience set in a fictional town called Paradise City. It kept the high-speed racing and crashing, but let players explore the town between races.

To fans’ dismay, the franchise went dormant shortly after Paradise came out. EA shifted developer Criterion Studios over to the Need for Speed franchise (and, more recently, Star Wars Battlefront II). In Burnout’s absence, the Forza Horizon series picked up the open-world racer mantle and found success. Burnout Paradise Remastered is being developed by Criterion and Stellar Entertainment Software.