There are new ways to track your achievements and search for loot.

Some of those milestones, like reaching Level 20 or completing 50 public events, are painfully easy. Defeating the Vault of Glass or Crota’s End on Hard difficulty, on the other hand, are legitimately challenging endgame tasks to conquer. 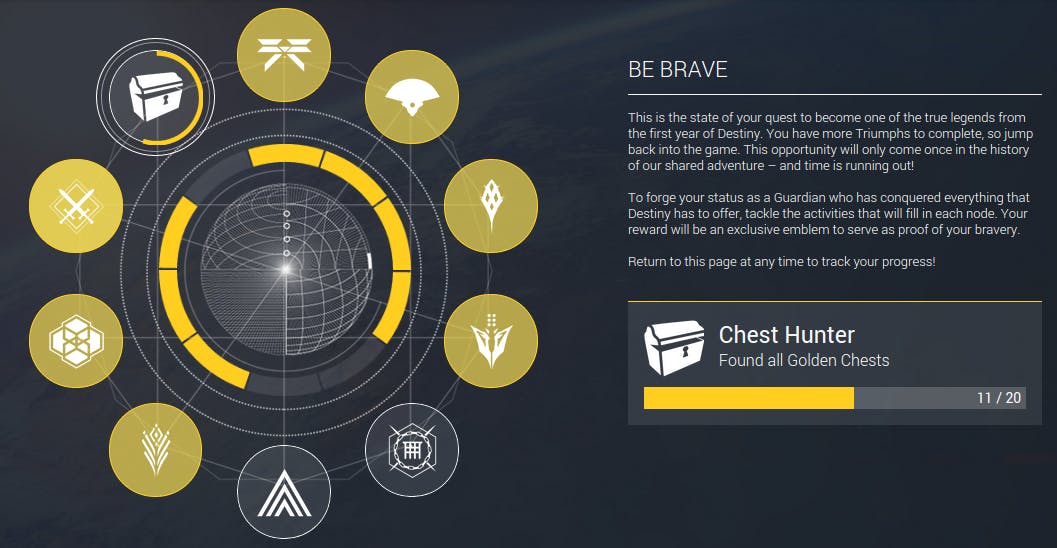 The one Moment that might need addressing even by veteran players is Chest Hunter. Every map in Destiny has five Golden Chests. Reports suggest that they don’t hold very enticing contents, and thus, veteran players may never have bothered to find all of them.

Now hardcore Destiny players have a reason to go looking for them. Well played, Bungie. Here are all the Golden Chest locations, if you’d like to take care of this task efficiently.

The new Armory tool is a comprehensive listing of what looks like every single item in Destiny. Shaders, vehicles, weapons, armor—it’s all there. The chief utility of the Armory for veteran Destiny players may be to help fill in the gaps in their collections. There may also be genuine surprises in there. We had no idea what the Ghost Intrusion Shell was prior to looking over the Armory.

For new Destiny players, the Armory is a smorgasbord of amazing weapons and armor to drool over. It not only lists all the relevant stats for an item, but it also tells you where the item can be found. However, considering that Destiny relies heavily on random-number generation to dole out its rewards, being told where exactly you have to go in order to roll the RNG dice won’t necessarily help you get the item in question. 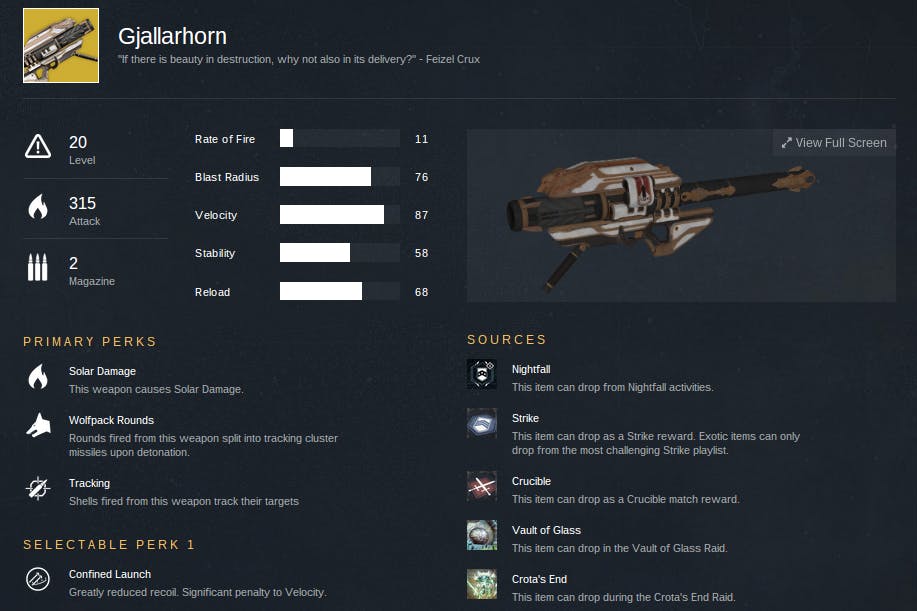 To claim the special Moments of Triumph emblem, you have to finish all the tasks in the chart by September 9. To claim all the items in the Armory, you have to play an absurd amount of Destiny and hope for lucky RNG rolls.