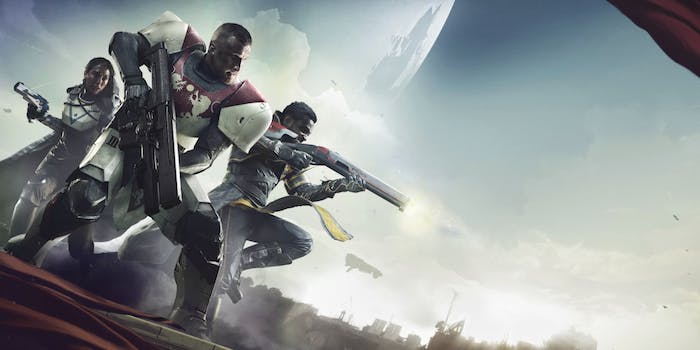 Bungie’s back in apology mode over Destiny 2 problems

Looks like we can set the “days since Bungie issued an apology” tracker back to zero. Destiny 2 fans had been growing increasingly frustrated with the game prior to the release of the latest expansion, Curse of Osiris. Bungie promised the expansion would solve everyone’s problems. Unfortunately, it brought a whole new set of headaches along with it.

The new problem is that players who didn’t buy Curse of Osiris now find themselves locked out of activities they had access to before the expansion dropped.

Destiny fans have been down this road before. First came the internet outrage. Then came Bungie’s apology in the form of a blog post attributed to Destiny Dev Team.

The post acknowledges the issues and promises that a solution is in the works. “With Curse of Osiris now live, it’s clear that we’ve made some mistakes with how we have handled content access,” the Destiny Dev Team writes.

Making matters worse, some of the achievements and trophies from the original game are now impossible to get unless you buy the expansion. People are not happy.

To ease the pain, Bungie promised to fix things in the next big game update. The update will lower the power level requirement for certain activities. It will also make owning Curse of Osiris a requirement only for playing maps that came with the expansion. Finally, it will shift the achievements/trophies so they’re attainable to players who don’t own the expansion.

All told, these fixes should appease angry fans. Now we can begin counting the days until the next big outcry.