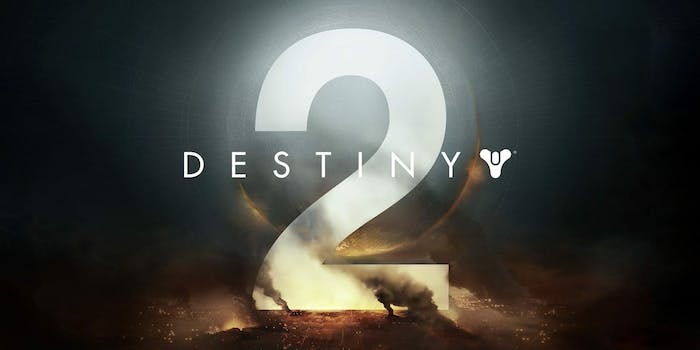 All signs point to the game releasing in September.

Activision and Bungie have confirmed that a follow-up to Destiny, one of the biggest games of the past few years, is coming in 2017. The news came from a conference call with shareholders, but offered fans no tangible details about what to expect from the sequel.

A logo dropped on Twitter on Monday afternoon, however, gives a small glimpse at Destiny 2. In the art, we see the massive Traveler from the first game, and what seems to be the last populated city on Earth ablaze.

Just last week, Kotaku reported on a seemingly credible leak from an Italian retailer with different art. On that poster we see a trio of human Guardians, without helmets and with new weapons. The small print also announces a PlayStation 4 exclusive beta this summer, and a Sept. 8 release date.

The first Destiny, and all its expansions, released in a similar manner, so this window makes sense. Rumors have claimed Destiny 2 will hit PC as well as Xbox One and PS4, but we will likely have to wait until E3 for any more details.