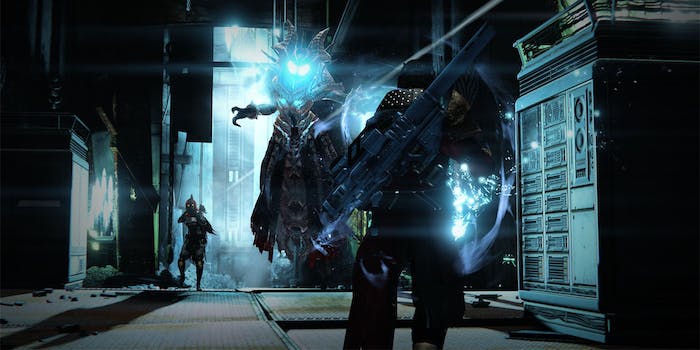 Weekly strikes in Destiny will get matchmaking after all

Making weekly content accessible to more players is a big step in the right direction.

When a game doesn’t offer a whole lot to do, walling off major portions from dedicated players is not the best idea.

Strikes are mini-adventures that take Destiny players through a gaggle of foot soldiers and mini-bosses. They end with a tough fight against a powerful boss character. Strikes take about 20 minutes to finish, generate the experience players need to level up their gear, and randomly reward players with high-level weapons and armor. Strike playlists, or an endless cycle of running Strikes chosen randomly from the list of potential missions, are a staple activities in Destiny.

Weekly Heroic Strikes are a once-a-week activities that draw from the same pool of potential missions, adding various difficulty modifiers that appreciably change the experience. Enemies might be more plentiful than usual, or less likely to take cover in the face of enemy fire, or more resistant to certain types of damage.

Regular Strikes currently have matchmaking. Weekly Heroic Strikes do not. That means some players are currently gated from completing the Weekly Heroics if they can’t find buddies to team up with. Update 1.1.1 will fix that and effectively unlock one of the most important pieces of Destiny content for what must be an appreciable swath of the player base.

The flip side is that players will no longer be able to run Weekly Heroic Strikes solo even if they want to once update 1.1.1 hits. The jury will likely be out for a while after the update is live as to whether this tradeoff is worth it.

Then again, some Destiny players can beat Raids solo. It’s possible that matchmade groups of six could handle a Destiny raid once everyone knows how to beat it. Thanks to YouTube, that’s easier than ever to figure out.

Bungie has not announced a release date for update 1.1.1.