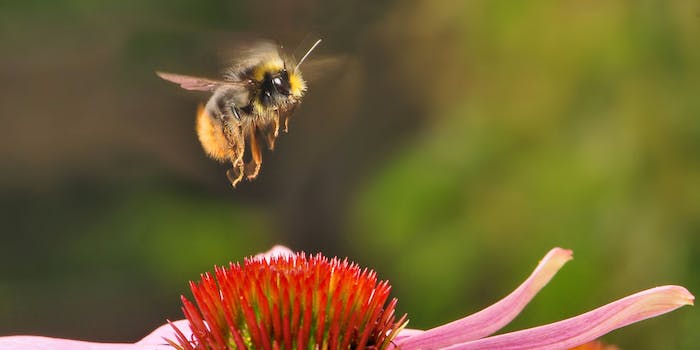 That's one way to jumpstart an endangered species' population.

Oslo, Norway will soon be buzzing with busy bumblebees as it constructs the world’s first “bumblebee highway” throughout the city. The corridor will have pollination stations every 820 feet so that the bees can have many places to rest and feed within the city.

Bumblebees and other pollinating insects often struggle to survive in urban environments where flowers can be few and far between. Without the nectar the flowers provide, the bees can essentially be starved out, according to Norwegian publication, The Local. The publication also reported that six out of 35 bumblebee species endemic to Norway are threatened with extinction.

The highway won’t only benefit the bees, though. Several agricultural crops are dependent on the bumblebees for pollination. So more bees means better crop yields.

The city is also encouraging its citizens to help by scouting and reporting any “grey areas” along the corridor through an app developed by an organization called BiBy.

It’s not the first time scientists have looked to so-called “citizen scientists” to help understand bumblebees. Scientists conscripted 30,000 schoolchildren to help look for bumblebee hotspots around the U.K. last year.