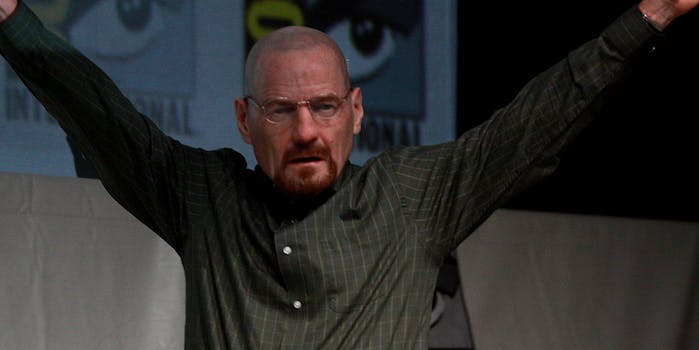 A TV anthology series feels like the perfect medium to adapt a selection of Philip K. Dick short stories.

Philip K. Dick has already inspired an impressive range of TV and movie adaptations, but there’s always room for one more. The latest addition, from the U.K.’s Channel 4, definitely has us excited.

Channel 4 has greenlit Electric Dreams: The World of Philip K. Dick, an anthology series starring Breaking Bad‘s Bryan Cranston and helmed by Ronald D. Moore, one of the most highly regarded showrunners in sci-fi television.

Moore, best known for his work on Star Trek and the 2004 Battlestar Galactica reboot, will be joined by writer–producer Michael Dinner (Justified) and a team of British and American screenwriters. The 10-part series will adapt some of Dick’s many short stories, with Cranston appearing in every episode.

Channel 4 said in a statement that each story would be “contemporized for global audiences,” suggesting that they may be quite loose adaptations. But unlike many authors, Dick’s work is often better at “inspiring” screen adaptations than providing the source material for a direct translation.

Blade Runner and Total Recall are both dramatically different from the short stories that inspired them, but they’re also brilliant movies in their own right. It will be interesting to see how Dick’s writings work in an anthology format—perhaps the ideal medium for a selection of distinct but thematically linked short stories.