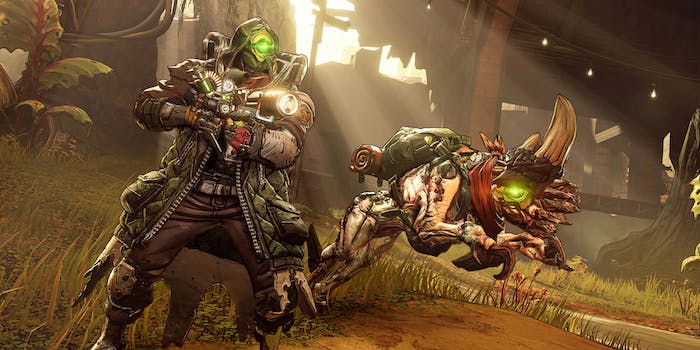 Intentionally misgendering a character could get you banned from Borderlands 3

In an apparent effort to promote nonbinary acceptance, the developer behind Borderlands 3, Gearbox Software, announced that it will ban anyone from its forums who intentionally misgenders a nonbinary character.

A moderator of the Borderlands 3 forum wrote in a post on Aug. 12 that the character FL4K was written by a nonbinary person, and the company is asking forum posters to respect the creator’s wish that FL4K be referred to with they/them pronouns. Honest mistakes will not result in a ban, the moderator said, but intentional misgendering of the character will have consequences.

“This is fucking epic. You misgender, you get sniped, as it fucking should be. Respect trans/nb people or perish its simple,” Twitter user @glassandeyes wrote.

Incorrect information regarding the ban also sparked erroneous heated debates among players. Many Twitter users who replied to the thread are under the false impression that misgendering FL4K by accident would get them banned.

“Wh.. how os that okay though…?” @umbreon567 wrote. “That’s pretty cruel to do that for a slip-up… like I paid 60 dollars for a game I can’t play now because I was banned for calling the robot a he.”

Wh.. how os that okay though…? That's pretty cruel to do that for a slip up.. like I paid 60 dollars for a game I cant play now because I was banned for calling the robot a he..

Hold up… you telling me they didn't have the balls to represent trans people with an actual playable trans person, but they got the balls to ban over misgendering a robot (a.k.a. the manmade slave programmed to serve)

Shit is wack for both trans and transphobes imo

…Really? In a game about shooting aliens and monsters in search of treasure we have to enforce people to use proper terms? Remember that this is the same game series that casually haves same sex relationship characters, What happened to middle ground standing?

Ok ok its good to properly gender people but… what if for some reason im can’t read minds and accidentally misgender someone?
I actually wondered about this… if i don’t know the gender of a person….how should i call that person?

Borderlands 3 is slated to launch on will launch on Sept. 13.