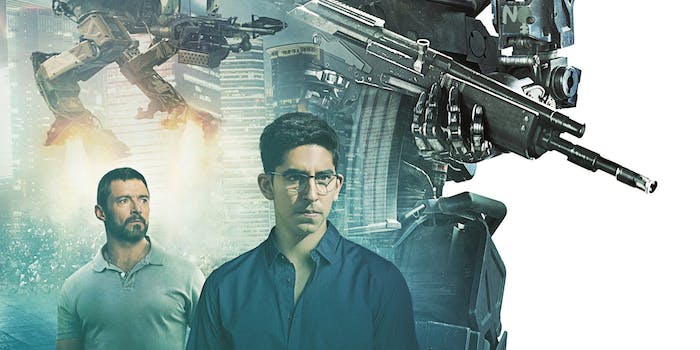 Nobody told ‘Chappie’ director his movie had been censored in Japan

Fans of acclaimed sci-fi director Neill Blomkamp were surprised on Wednesday to discover a tweet from Sony Pictures Japan announcing that his latest film, Chappie, had been re-edited to lower its R rating to something more kid-friendly.

But they were even more startled when Blomkamp himself reacted with shock at the announcement—especially since the announcement indicated that as the film’s director, he was aware of the changes.

@mazy_3 don't know what you mean. One edit…worldwide

The embarrassing miscommunication appears to have left Blomkamp confused and fans outraged. According to Kotaku East, Sony made the tweaks in order to get the film down to a PG-12 rating in Japan.

As translated by Twitter user HBWL, the full press release explains the company has no plans to release the unedited version of the film in Japan, and claims that Blomkamp was in full directorial control of the editing process:

As for the inquiries about CHAPPiE
Thank you for your inquiries about the movie CHAPPiE.
After the consultation with American headquarters, we decided to release PG-12 version CHAPPiE in Japan, to appeal to wider range of audiences. Re-editing was conducted in U.S. following EIRIN’s direction. [Note: EIRIN is Japan’s motion picture classification organization, equivalent to the MPAA.] We got the approval from the director and it was carried out with care that won’t harm the style of original version.
Please note that we don’t usually announce the details of EIRIN’s rating or re-editing on our film, and we are currently not planning to announce that in this case as well. We are afraid that we will not be able to answer individual inquiries on that.
We have no plan to release the original version at the moment.
Best Regards,
4/15/2015/
Sony Pictures Entertainment Japan Inc.

Sony’s re-editing strategy is a smart one. So far, Chappie, which has a low critical aggregate rating at Rotten Tomatoes of only 30 percent, has grossed just $30 million worldwide above its $50 million budget. So it makes sense to maximize the film’s potential in a market like Japan, where the film’s sci-fi themes are primed to play well with kids and teen sci-fi lovers.

But apparently no one at Sony double-checked to make sure Blomkamp knew about the changes in the works to his film:

@maquiovicci let me find out. I don't know about this…

@mazy_3 @SonyPicturesJP no… I'm trying to get to the bottom of it. Was Never told

@moa810 well, if they did indeed change the edit then yes they lied.

The realization that Blomkamp didn’t know about the edits galvanized fans in Japan who want Sony to release the unedited version.

The company’s Twitter reply feed is currently full of angry fans—not exactly the best kickoff for the film’s Japanese debut.

Still, despite whatever edits happen to Chappie, Blomkamp’s star will doubtless continue to rise. Fans are already moving on from the embarrassment of seeing their favorite deliver a film whose title character drew comparisons to Jar Jar Binks.

Hopefully, Blomkamp’s new, highly anticipated reboot of the Aliens franchise will come without any last-minute surprises.