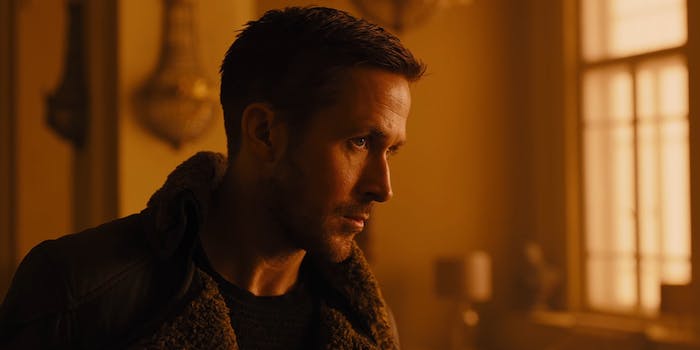 Fans have waited years for this.

Some fans have waited decades for a sequel to Blade Runner, and now our first look at the film shows a small glimpse into where the story will take us.

With most of the shots basked in a yellow-and-orange light, the teaser for Blade Runner 2049, which takes place 30 years after the beloved film, we’re not given much insight into what’s going on. But the tension builds as we watch Ryan Gosling’s character, another blade runner who’s tasked with killing “hazard” replicants, stumble upon a number of sights before he encounters someone who probably wasn’t expecting company.

The film’s synopsis accompanied the trailer and provided more information on what we can expect from the first sequel to Blade Runner since its debut in 1982.

Thirty years after the events of the first film, a new blade runner, LAPD Officer K (Ryan Gosling), unearths a long-buried secret that has the potential to plunge what’s left of society into chaos. K’s discovery leads him on a quest to find Rick Deckard (Harrison Ford), a former LAPD blade runner who has been missing for 30 years.